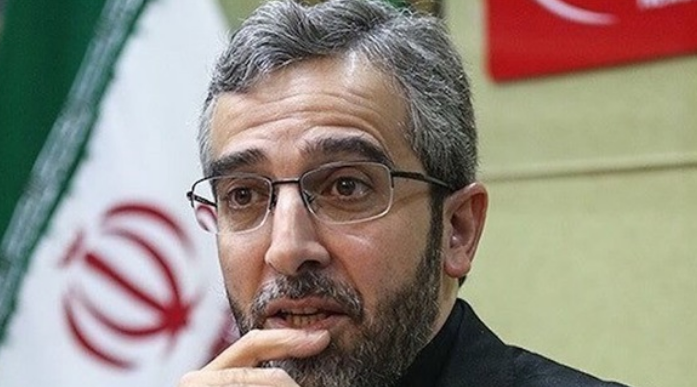 Continuous changes are being made by new Iranian President Ebrahim Raisi to those belonging to his government, which tends to be more hardline than its predecessor, as part of a move to tighten the grip of conservatives and marginalize reformists.

This change affects the ministers, their deputies, and all leaders in the previous government. It was remarkable that Deputy Foreign Minister Abbas Araghchi, the chief nuclear negotiator, was dismissed from his ministerial duties, and Ali Bagheri Kani, who is close to the new conservative president, was appointed deputy minister instead of Araghchi, according to the Iranian Foreign Ministry.

This step may come within the framework of a more hardline trend in the nuclear negotiations file, especially since Araghchi had been subjected to violent criticism before the presidential elections by the conservative media, which accused him of making concessions to Washington during six rounds of negotiations hosted by Vienna that stumbled before the elections that were won by Raisi.

Who is Bagheri Kani?

Ali Bagheri Kani, aged 53, is considered a confidant of Iranian Supreme Leader Ali Khamenei, and he is the son of Mohammad Bagheri Kani, a powerful cleric and a member of Iran’s Assembly of Experts and one of the presidents of Imam Sadiq University.

Bagheri is also the brother of Misbah al-Huda Bagheri Kani, who married Hoda Khamenei, the daughter of the Supreme Leader, which makes Ali Bagheri Kani a reliable figure in the regime’s structure in Tehran, in addition to his assumption of the position of Deputy Secretary of the Iranian Supreme National Security Council, and he was appointed in 2019 as Assistant for International Affairs in the Judiciary headed by Ebrahim Raisi before his victory in the last presidential elections.

Bagheri is known to have very hardline positions towards the nuclear agreement, and he had rejected it in 2015, in addition to his sharp criticism of the negotiations waged by the country’s former president, Hassan Rouhani, which culminated in the signing of the 2015 nuclear agreement with the international community. He also participated in the nuclear negotiations with Western countries during the era of former President Mahmoud Ahmadinejad.

Ali Bagheri’s positions were hardened during his participation in previous negotiations during the Ahmadinejad era. During this period, he claimed that Tehran forced the international 5+1 group to hold a serious dialogue during the Almaty 2 talks in Kazakhstan.

The Iranian Fars News Agency quoted Bagheri as saying at the time that the international six had presented a revised proposal that constituted a turning point in the talks, which witnessed fundamental changes compared to the past. Iran also announced that it would not reject this proposal, but stressed the need to study it.

At the time, he described the Almaty 2 talks as an important turning point, as it convinced the opposite side of the need to enter into a serious dialogue with Tehran, adding that the Iranian side entered the talks with a clear logic and forced the other side to enter the negotiating arena and conduct a serious dialogue.

Perhaps Bagheri’s appointment comes as a message of abandoning the policy of openness to the West, which was relatively enjoyed by Raisi’s government, which is considered as a new pressure card on the part of Iran on the other parties to the agreement, and as a threat of abandoning all commitments related to the nuclear file if the West does not respond to Iran’s demands and lift the sanctions imposed by the United States.

This hypothesis may be reinforced by statements made by Raisi during which he stressed that he will support diplomatic initiatives that lead to the lifting of US sanctions, while stressing not to allow nuclear negotiations for the sake of negotiations only, which indicates that Iran is focused on the goal of lifting the US sanctions, without talking about any concessions Iran might make.