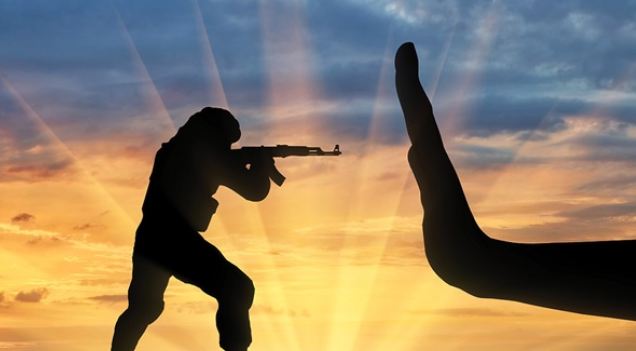 The seas and oceans, which make up more than 70% of the Earth’s surface, were not far from the current circles of conflict in the world.

Countries are attacking each other, like in the cases of China and the US and Iran and the US.

Terrorist groups seek to control the most prominent straits around the world. The Iran-backed Houthi militia is included. The militia tries to control the Bab al-Mandab Strait.

Article no. 101 of the 1982 United Nations Law of the Sea considers crimes that occur within the seas and oceans a form of ‘maritime piracy’.

Although nearly 40 years have passed since the issuance of this article, terrorism in the seas and oceans as a crime has not been given a clear and conclusive definition yet.

In this, this crime is similar to ‘terrorism’ as a term in general. The lack of a clear and conclusive definition impedes the punishment of those involved in this act.

The world has started acting against this crime since 1516, when Henry VIII, King of England, issued a law to punish individuals who attack ships at sea. He considered them ‘enemies of mankind’ who must be punished and brought to justice.

Maritime piracy is defined as ‘any unlawful act of violence or detention, or any act of depredation, committed for private purposes by the crew or passengers of a private ship or private aircraft, and directed on the high seas against another ship or aircraft, or against persons or property on board’.

Terrorist operations at sea date centuries back. They are manifest in piracy operations that were carried out against ships. We will present a summary of these operations, including the mining of the Red Sea which was done off the coast, ports and sea lanes of Sudan, in 1984.

In 1988, after an American frigate was badly damaged in the Gulf waters after colliding with a naval mine planted by Iran, Ronald Reagan, the American president then, ordered the destruction of two Iranian naval platforms from which Iranian boats were launched to plant these mines and impede the movement of oil tankers and target American forces.

Al-Qaeda terrorist organization also carried out several maritime terrorist attacks with a wide impact, such as the organization’s attack against an American destroyer in 2000, and the French oil tanker Limburg in the same year, which affected maritime navigation extensively