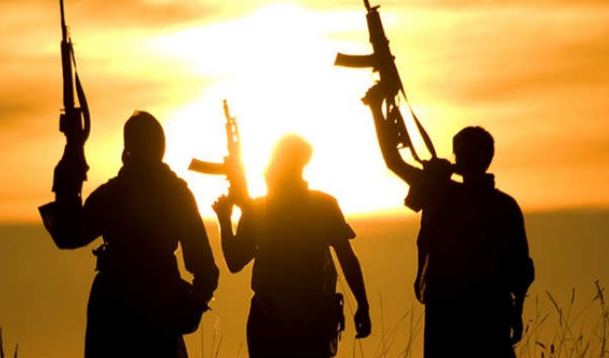 Terrorism must have an incubating environment to help it expand and spread among the members of society.

There is no better environment for the growth of terrorism as poverty, injustice, unemployment and low income.

Terrorist organizations always tend to convince people that confronting their countries’ regimes by the force of arms would be the only solution to their problems.

They, at the same time, work to undermine the confidence of people in their ability to solve their problems without recourse to violence.

Although the Asian continent possesses various characteristics, including abundant capital, especially in the Arab Gulf region, a huge human force in Southeast Asia, and tremendous economic growth in countries known as ‘Asian Tigers’, all these characteristics failed in improving the living conditions of most Asians.

Poverty continues to be rampant in the continent and the quality of services keep going from bad to worse.

This is most manifest in countries like India, Bangladesh, Lebanon and others.

These deteriorating conditions contribute to the emergence and spread of terrorist organizations in various countries of the continent.

ISIS, for example, has succeeded in exploiting turbulent conditions in Syria and Iraq and took control of large geographical areas in the two countries.

Despite the success of the international coalition led by the United States, the organization continues to control a number of pockets that make its return to the stage in the two countries still possible.

Syria was one of the largest countries that embraced terrorist organizations within its territory, especially after what was known as the Syrian revolution.

Extremist organizations, such as Jaysh al-Nusra, the Free Revolutionary Army, Suqur al-Sham, the Syria Liberation Front, and others that fought the Syrian Arab Army emerged.

These organizations controlled some geographical areas in the country.

ISIS was not the only prominent one in the yellow continent.

The Abu Sayyaf terrorist group, which split from the Moro Front in 1991, after it was established by Abdul Razzaq Abu Bakr Janjalani, also claimed that the purpose of its establishment on the island of Mindanao, in the southern part of the Philippines, is the creation of an Islamic state in the island which has a Muslim majority.