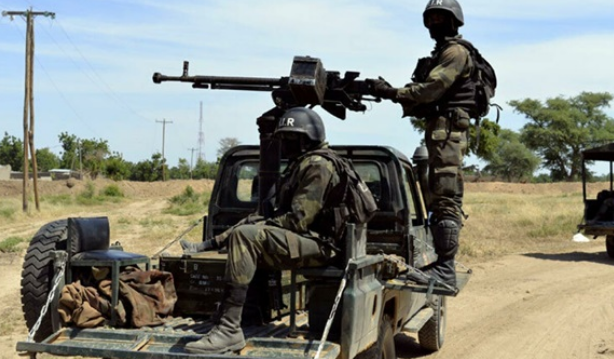 On Monday, August 16, Niger witnessed a new massacre, which claimed the lives of 37 civilians, including four women and 13 minors. The attack took place in the village of Darey-Daye in the Tillaberi region, close to the border with Mali, and it was carried out by a group of armed men on motorcycles, according to a Nigerian army statement.

Niger is considered one of the most fragile African countries regarding security, as the United Nations declared that Niger suffers from insecurity, with the activities of armed groups causing the displacement of many people, especially with the increased activity of Boko Haram in Nigeria, which causes the displacement of a large number of refugees to Niger, posing a major security risk to the country.

The UN added that the deteriorating security situation on the border with Nigeria led to the relocation of about 20,000 Nigerians to the Maradi region in south-central Niger.

In the regions of Tahoua and Tillaberi in western Niger, close to Mali and Burkina Faso, more than 70,000 people have been displaced since the beginning of this year, fleeing violence, according to the UN statement.

The Tillaberi region, where the explosion occurred and which has been under a state of emergency since 2017, is facing bloody terrorist incursions by several armed groups.

In the same context, statistics published by the World Data website, which is concerned with numbers and rates of international terrorism, indicate that about 55 terrorist attacks occurred in Niger, including six suicide operations over the past five years, which killed 768 people and wounded 210 others, in addition to kidnapping and hostage taking operations.

According to the statistics, most of the terrorist operations were carried out by three terrorist groups, the first of which is Boko Haram, with 41 attacks, followed by ISIS and then al-Qaeda, in terms of the number of operations in which each organization was involved.

In October 2020, Abu Hamza al-Qurashi, ISIS’s spokesman at the time, praised the efforts made by the ISIS branch in Niger.

Several areas in Niger have been subjected to repeated terrorist attacks for years, especially by Boko Haram, which has declared its allegiance to ISIS, according to audio recordings of the group.

According to a Nigerien government statement, Boko Haram has carried out more than 10 terrorist operations in Niger since 2018, killing about 200 people during those attacks.