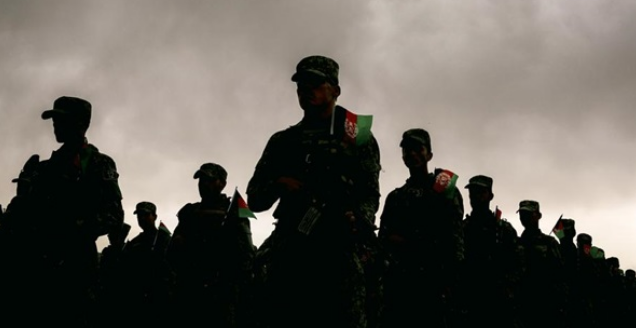 Reasons behind collapse of Afghan forces before Taliban

Since the United States announced its intention to completely withdraw from Afghanistan, the Taliban has gained control of nearly 90% of the country and its forces have entered the Afghan presidential headquarters and the capital, Kabul, as a result of several reasons, most notably the collapse of the morale of the Afghan soldiers, who have been suffering for a long time due to their lack of preparedness to fight the movement.

Over the past three months, Afghan soldiers’ confidence and morale have been shaken as they follow the steps of the Taliban, which began in May.

After seizing large areas and many vital points in Afghanistan during the past few weeks, the Taliban issued a statement saying that it wanted people of all stripes to see their future in an Islamic system of government that includes a government that assumes its responsibilities, serves everyone and is acceptable to them.

The city of Jalalabad in eastern Afghanistan was the last city to be controlled by the Taliban, which was able to take control of about 90% of the country, especially after the fall of Mazar-i-Sharif.

According to a report published by Reuters, Taliban fighters managed to control the city of Jalalabad without a fight and then secured the roads linking the country with Pakistan.

“There are no clashes at the moment because the governor surrendered to the Taliban,” said an Afghan official based in Jalalabad, adding, “Allowing the Taliban to pass was the only way to save civilian lives.”

A western security official also confirmed the fall of the city, which was one of the last cities to remain under government control, along with Kabul.

Regarding the reasons for the Taliban’s swift advance, Carter Malkasian, a former advisor to the US Chairman of the Joint Chiefs of Staff and author of the book “The American War in Afghanistan: A History”, said that there are two reasons for the Taliban’s rapid progress of the armed movement, the most prominent of which is that the Afghan soldiers have long suffered from many morale problems and were not prepared to fight the Taliban. Also, the Taliban portray themselves as the people who are resisting and fighting the occupation, which is something very popular with Afghans.

Regarding the collapse of morale, Malkasian stressed that the Taliban’s control of cities and districts will affect the confidence of the Afghan security forces.

Questions increased about the people who lead the Taliban whose names remained a subject of ambiguity for many followers, most notably Mullah Haibatullah Akhundzada, who took over the leadership of the movement in May 2016 during a swift transfer of power days after his predecessor, Akhtar Mohammad Mansour, was killed in a US drone strike in Pakistan.

Akhundzada enjoys great influence within the movement, but analysts believe that his role as the head of the Taliban is be more symbolic than practical.

Mullah Abdul Ghani Baradar, head of the Political Bureau, comes in second place among the leaders of the movement, as he grew up in Oruzgan province in Kandahar and is one of the founders of the Taliban with Mullah Mohammad Omar.

Following the US intervention and the fall of the Taliban in 2001, he was said to have been part of a small group of insurgents willing to come to an agreement recognizing the Kabul administration. But this initiative failed, as Mullah Baradar served as the Taliban’s military commander when he was arrested in 2010 in the Pakistani city of Karachi.

He was released in 2018 under pressure from Washington in particular, and then he was appointed head of the movement’s political office in the Qatari capital, Doha.

Baradar led negotiations with the Americans that led to the withdrawal of foreign forces from Afghanistan and then peace talks with the Afghan government, which resulted in nothing.

Washington classifies the Haqqani network, which was founded by his father, as a terrorist organization and one of the most dangerous factions fighting US and NATO forces over the past two decades in Afghanistan.

The Haqqani network is known for its use of suicide bombings and is credited with some of the most violent attacks in Afghanistan in recent years.

The network has also been accused of assassinating some senior Afghan officials and holding Westerners hostage before releasing them for ransom or for prisoners such as US soldier Bowe Bergdahl, who was released in 2014 in exchange for five Afghan detainees from Guantanamo Bay.

Haqqani fighters are responsible for Taliban operations in the mountainous regions of eastern Afghanistan and are believed to have a strong influence on the movement’s decisions.