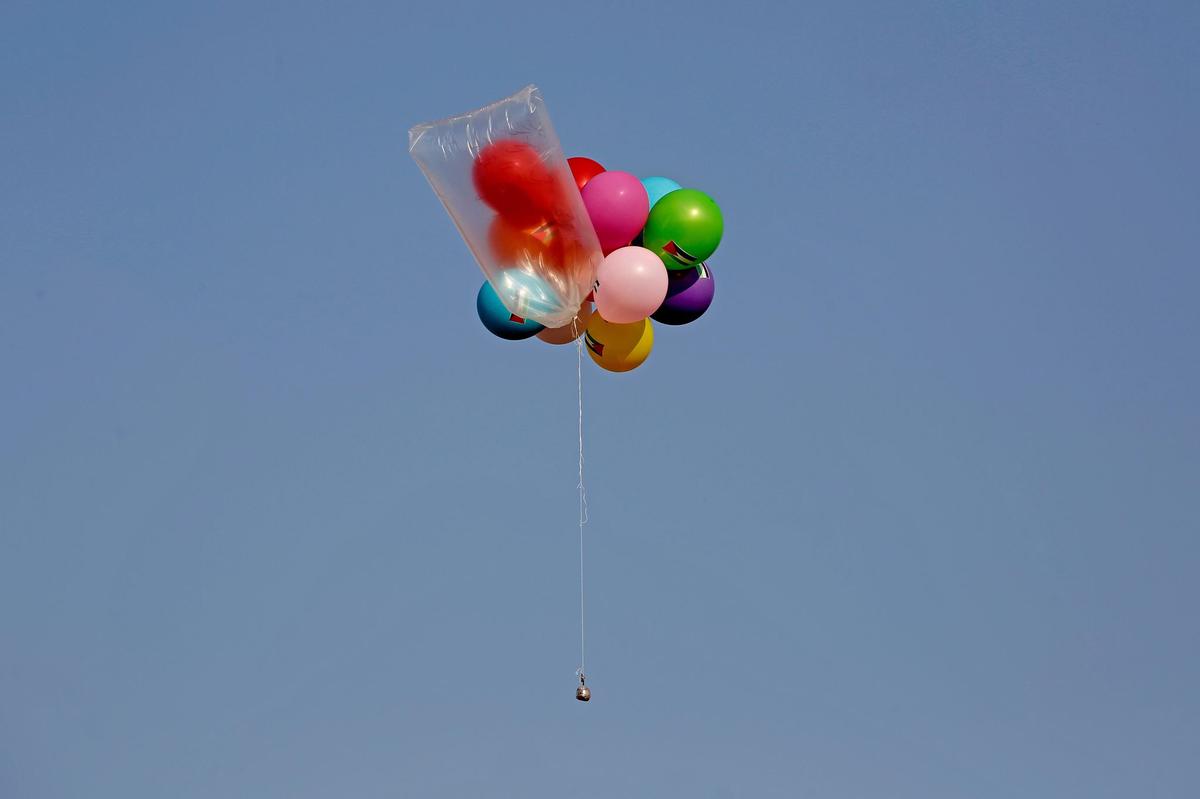 Photos and video posted on social media showed Hamas-linked activists launching the balloons. On one of them was written the message: “Time is running out.”

The launches came two months after an 11-day war between Israel and Hamas. The Islamic militant group is upset that Israel has done little to ease a crippling blockade on the territory since the fighting ended, and over delays in indirect negotiations with Israel to resume Qatari financial aid to Gaza.

Israeli media reported at least three fires set in southern Israel, breaking a three-week lull in the launches of the incendiary balloons.

In an initial response, COGAT, the Israeli defense body that oversees Palestinian civilian affairs, announced that Israel was cutting the fishing zone for Gazan fishermen in half, from 12 nautical miles to six nautical miles. Reducing the fishing area is a common Israeli response to fire emanating from Gaza.