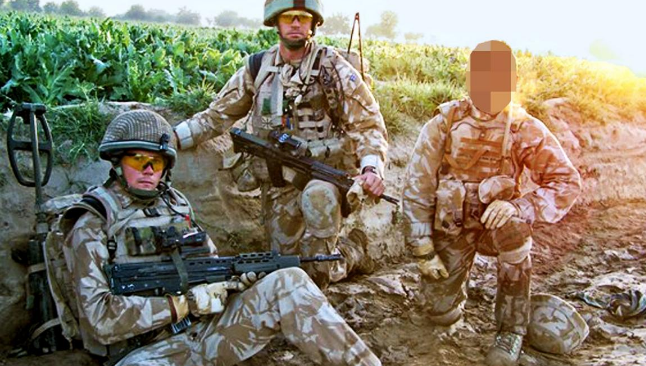 Former military chiefs have warned that a relocation scheme for Afghans who supported British troops during the conflict is not fit for purpose, with hundreds denied sanctuary in the UK.

Senior defence figures, including six former heads of the armed forces, expressed their “grave concern” that so many Afghans, including 130 interpreters, had been rejected from a new scheme designed to offer them fast-tracked entry to Britain.

Writing in The Times, the group of 45 retired military officers and officials said the government’s relocation scheme was “not being conducted with the required spirit of generosity and urgency” and urged the prime minister to review it.

The Afghan Relocations and Assistance Policy (Arap) was introduced this year to help hundreds of Afghans, who mostly worked for Britain as interpreters, come to Britain as Nato forces withdrew from the country. More than 2,200 Afghans and their families have arrived over the years, with more expected under the latest government policy.

However, former military chiefs said that too many applications from interpreters had been “unreasonably rejected” and they wanted the policy to be amended so that only those who constituted a national security threat were excluded

The letter says: “The UK should be as generous and welcoming as we know it can be. These individuals have stood shoulder to shoulder with us. We must now do the same for them.”

Under the present Afghan relocation policy — which has been revised and the qualifying criteria widened on numerous occasions — interpreters are deemed ineligible for relocation if they were dismissed from their service with UK troops for “serious” incidents, such as theft or falsifying documents. They were not allowed to appeal against their dismissal and the Ministry of Defence has been unable to provide evidence detailing their alleged offences.

Many have also been rejected because they were employed by third-party contractors, rather than directly by the UK military.

Campaigners, including the Sulha Alliance, which has taken up the plight of Afghan interpreters, have said the policy should be more generous. Ed Aitken, a former captain and co-founder of the alliance, said that about 450 Afghans who had worked for the British had told the group they had been rejected. Of those, about 130 were believed to have been interpreters. The MoD has refused to disclose how many applicants have been excluded, citing “operational security reasons” in response to a parliamentary question submitted by Johnny Mercer, the former Tory minister for veterans.

The group, which is led by General Lord Dannatt, a former chief of the general staff, and includes several former field commanders in Afghanistan, has written to the prime minister with its concerns about the scheme.

They told Boris Johnson that the relocation scheme was “not providing the sanctuary that the British public have been led to believe is being granted to our former Afghan interpreters and colleagues”.

At least five interpreters with coalition forces have been murdered this year and interpreters claim that they are at greater risk since the majority of coalition troops have withdrawn.

The letter called for the relocation programme’s capacity to be increased so it can deal with a higher number of applicants.

The policy offers interpreters a visa for five years’ leave to enter the UK and the opportunity to apply later for indefinite leave to remain. They may also be accompanied by a wife and dependent children but they have to be married at the time of their flight to Britain.

The scheme is open to any Afghan whose life is at risk as a consequence of their work for British forces. An assessment of the threat is then made by staff at the British embassy in Kabul. The policy also includes paid travel to the UK, four months’ accommodation and access to state support.

An MoD spokesman said: “Every dismissal was for a valid reason. The Arap scheme allows officials to review all cases of dismissal on a case-by-case basis and relocate them if there are no other concerns.

“Those who were dismissed for the most serious offences, including those that constitute a crime in the UK, or would be a security concern, will not be eligible for relocation.”

The MoD spokesman added: “We owe a huge debt of gratitude to interpreters who risked their lives working alongside UK forces in Afghanistan and the government has already supported over 2,200 former Afghan staff and their families in creating new lives in the UK.”

Case study
Muhammad, 30, believes it is only a matter of time before the Taliban find him and kill him like they did another Afghan interpreter in his home town in the eastern Paktia province (writes Larisa Brown).

The married father of one, who was based in Camp Bastion in Helmand province, said he was being left behind to die after being denied sanctuary in the UK.

He is one of about 130 Afghan interpreters who has been told they are not eligible for a new government scheme that fast-tracks them to Britain.

Muhammad, which is not his real name, worked alongside British and Canadian forces for four years but was dismissed in 2013 for being in possession of a training manual given to him by a senior officer.

In a case of mistaken identity, the Ministry of Defence rejected his application because officials wrongly claimed he had not been employed directly by British forces. The MoD later clarified that this was wrong and he was rejected because he had been accused of “multiple serious offences”, including breaching operational security.

Muhammad, who been in hiding since the Taliban took control of his area two months ago, told The Times: “I am sure I will suffer the same fate as interpreters before me and be beheaded.”

Of the manual, he said: “Do the MoD think that because of this book my children should be orphans and my wife a widow?”

He has glowing recommendations from British commanders, including one from Major Ian Simpson, of 3 Rifles Battle Group, praising his “meticulous” work.

Fears for Afghan employees have grown since the beheading of Sohail Pardis, an interpreter for the US army, by the Taliban in May. Feda Mohammad, 42, another interpreter, was shot at point-blank range at the entrance to Gardez, the capital of Paktia, in January.