Latest Posts
17:06
Home News China Wants a Chip Machine From the Dutch. The U.S. Said No. 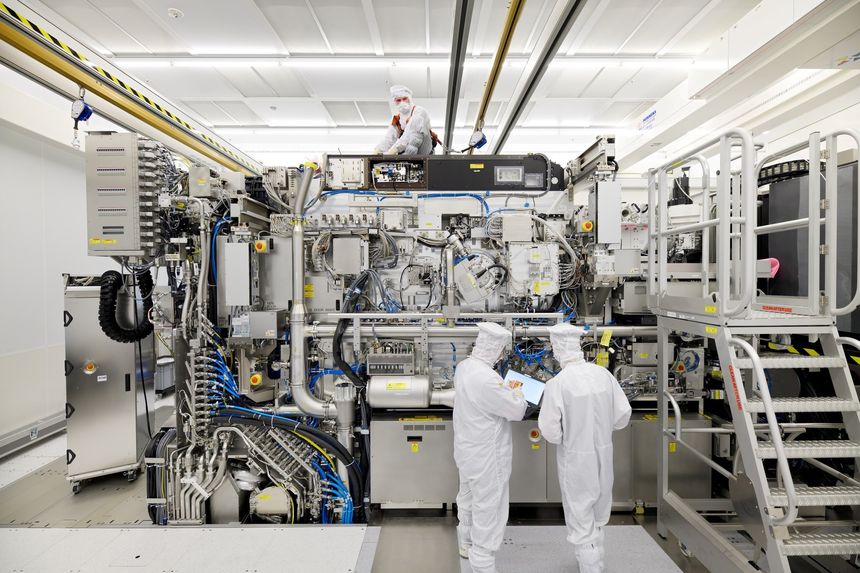 China Wants a Chip Machine From the Dutch. The U.S. Said No.

Some of the tech industry’s most important machines are made next to corn fields in the Netherlands. The U.S. government is trying to make sure they don’t end up in China.

Beijing has been pressuring the Dutch government to allow its companies to buy ASML Holding ASML -0.50% NV’s marquee product: a machine called an extreme ultraviolet lithography system that is essential to making advanced microprocessors.

China wants the $150-million machines for domestic chip makers, so smartphone giant Huawei Technologies Co. and other Chinese tech companies can be less reliant on foreign suppliers. But ASML hasn’t sent a single one because the Netherlands—under pressure from the U.S.—is withholding an export license to China.

The Biden administration has asked the government to restrict sales because of national-security concerns, according to U.S. officials. The stance is a holdover from the Trump White House, which first identified the strategic value of the machine and reached out to Dutch officials.

Washington has taken direct aim at Chinese companies like Huawei and has also tried to convince foreign allies to restrict the use of Huawei gear, over spying concerns that Huawei says are unfounded. The pressure aimed at ASML and the Netherlands is different, representing a form of collateral damage in a broader U.S.-China tech Cold War.

“When it comes to targeted, specific, national security issues, export controls are a valid tool,” he said in a statement. “However, as part of a broader national strategy on semiconductor leadership, governments need to think through how these tools, if overused, could slow down innovation in the medium term by reducing R&D.” He said in the short to medium term, it is possible that widespread use of export controls “could reduce the amount of global chip manufacturing capacity, exacerbating supply chain issues.”

The U.S. lobbying has strained Sino-Dutch relations. Chinese officials regularly ask Dutch officials why they won’t grant a license that would let ASML ship the machines to China, according to people familiar with the matter. The then-Chinese ambassador to the Netherlands told a Dutch newspaper last year that trade relations would be damaged if ASML isn’t allowed to ship its advanced machines to China.

Less than a month after Mr. Biden’s inauguration, his national security adviser, Jake Sullivan, spoke with his Dutch counterpart about what the White House called the two countries’ “close cooperation of advanced technologies.” U.S. officials say that continuing limitations on ASML’s business with China was at the top of Mr. Sullivan’s to-do list.

The U.S. pressure started under the Trump administration. Charles Kupperman, a deputy national security adviser at the time, invited Dutch diplomats to the White House in 2019. “Good allies do not sell this type of equipment to China,” he recalled telling them. He said he pointed out that ASML machines wouldn’t work without American components, and the White House had the authority to restrict exports of those parts to the Netherlands.

That currently isn’t on the table inside the Biden White House, people familiar with the matter say. The U.S. is trying to put together alliances of Western countries to work jointly on export controls, people familiar with the matter said. The move could also have ramifications beyond ASML, further roiling semiconductor supply lines already under strain around the world.

ASML spun out of Dutch conglomerate Royal Philips NV in the 1990s. It is based in bucolic Veldhoven, near the Belgian border. It specializes in photolithography, the process of using light to print on photosensitive surfaces.

Photolithography is key to chip makers, which use light to draw a checkerboard of lines on a silicon wafer. Then they etch away those lines, like a knife carving into wood, but with chemicals. The remaining silicon squares become transistors.

The more transistors on a piece of silicon, the more powerful the chip. One of the best ways to pack more transistors into silicon is to draw thinner lines. That is ASML’s specialty: Its machines print the world’s thinnest lines.

The machines, which require three Boeing 747s to ship, use a laser and mirrors to draw lines five nanometers wide. Within a few years, that is expected to shrink to less than a nanometer wide. By comparison, a strand of human hair is 75,000 nanometers wide.

A global chip shortage is affecting how quickly we can drive a car off the lot or buy a new laptop. WSJ visits a fabrication plant in Singapore to see the complex process of chip making and how one manufacturer is trying to overcome the shortage.

Competitors such as Canon Inc. and Nikon Corp. make only older-generation chip-making tools. Intel, Samsung and TSMC—recognizing the technology’s key role in advancing computing power—took equity stakes in the Dutch company in 2012.

ASML expects to make 42 of its most advanced machines this year and 55 next year. China accounted for 17% of ASML’s overall sales in 2020. Those sales, though, involve older-generation machines. Analysts say that without ASML’s most-advanced machines, Chinese chip makers can’t make leading-edge chips until domestically made tools catch up.

Mr. Wennink, the ASML CEO, told analysts that restrictions on selling to China haven’t dented business because demand from elsewhere is so high. ASML in 2020 recorded sales of about $16.5 billion and a profit of about $4.1 billion. Its stock price has increased sevenfold over the past five years.