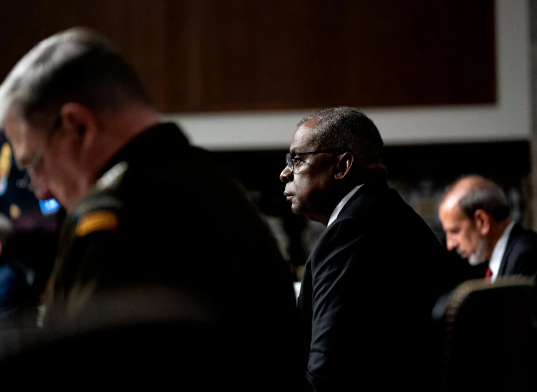 Lloyd J. Austin III, the American defense secretary, became the first high-ranking official in the Biden administration to travel to a region that has long received close attention from Beijing.

Speaking at a lecture in Singapore organized by the International Institute for Strategic Studies, a British think tank, Mr. Austin said, “I’ve come to Southeast Asia to deepen America’s bonds with the allies and partners on whom our common security depends.”

Mr. Austin’s visit is the first by a U.S. cabinet member to Southeast Asia since President Biden took office in January.

In Washington, there is a growing awareness that China has been cultivating Southeast Asia with visits, loans and, most recently, coronavirus vaccines.

China has doled out more than 190 million vaccines in Southeast Asia, most of them sold, according to a calculation of figures provided by Bridge Consulting, a Beijing-based research company.

During his lecture, Mr. Austin pointed out that the United States had donated roughly 40 million doses in the past two months to the region free and with “no strings attached.”

Murray Hiebert, a senior associate of the Southeast Asia Program at the Center for Strategic and International Studies, said, “Part of the effort here is to let the region know that the U.S. still sees it as very important — that it’s not going to lie down and let China roll over the region.”

“And so it’s really an attempt to play catch up after a slow start,” he added.

American officials have indicated that there will be renewed

interest in the region, given Mr. Biden’s focus on Asia as a linchpin of his foreign policy agenda. Analysts say there could be a flurry of diplomatic efforts in the months ahead. Mr. Austin is also set to travel to the Philippines and Vietnam on his trip.

In recent months, several Southeast Asian officials have been perturbed by the lack of face-to-face engagement from their American counterparts, particularly in light of China’s ramping up its diplomatic efforts in the pandemic. (Mr. Austin was scheduled to appear in Singapore at a regional defense meeting in June, but organizers had to cancel at the last minute because of a surge in Covid-19 cases in the city-state.)

“It seemed to reinforce the perception that Southeast Asia has always been paid lip service: that this is an important region to the Indo-Pacific, but it is, in practice, still being treated as an afterthought,” said Collin Koh, a research fellow at the Institute of Defense and Strategic Studies in Singapore.

Mr. Blinken tried to hold a video conference with the Association of Southeast Asian Nations, or ASEAN, in May. But the ministers were kept facing a blank screen for 45 minutes because of a technical glitch. The meeting had to be postponed and rescheduled for earlier this month.

For the past decade, Beijing has engaged in a massive push to extend its political and economic influence across Southeast Asia. China is now the region’s most important trading partner. Since January 2020, senior officials, including Xi Jinping, China’s top leader, have traveled to the region at least five times.

The United States has failed to introduce any large economic projects in Southeast Asia after the Trans-Pacific Partnership agreement was nixed by former President Donald J. Trump. It has also excluded itself from one of the world’s biggest trade pacts, proposed by Southeast Asia: the Regional Comprehensive Economic Partnership, which China has enthusiastically embraced.

On his most recent visit to Southeast Asia in January, the Chinese foreign minister, Wang Yi, arrived in Indonesia with a planeload of vaccines. He offered to help build a high-speed railway linking Jakarta, the capital, and the neighboring city of Bandung, under China’s ambitious Belt and Road Initiative.

William Choong, a senior fellow specializing in the Indo-Pacific at the ISEAS-Yusof Ishak Institute, a research center based in Singapore, said, “They consider Southeast Asia to be an important peripheral region to China, so they have played a long game.”

“And they’ve upgraded their relationship with ASEAN to a new level,” he added.

Southeast Asia is home to one of the world’s most strategic waterways, the Strait of Malacca. The region also includes the many contested reefs and shoals of the South China Sea, a major pressure point between Beijing and several Southeast Asian countries. Malaysia, the Philippines and Vietnam have all accused China of military incursions in the area.

Some leaders are trying to pursue a delicate balancing act between China and the United States, wary of Beijing’s intentions in the region, yet mindful of their economic interdependence. Many of them say that they cannot afford to adopt Mr. Biden’s anti-China stance, but still look to the United States to support them in their disputes with Beijing.

Mr. Austin said Washington was “not asking countries in the region to choose between the United States and China.” He said that the United States was not seeking confrontation with China, but stressed, “We want to make sure we deter conflict in every case and every opportunity.”

Going forward, a major challenge for American officials will be curbing Chinese influence in the region, especially in countries like Philippines, a treaty ally with which China has made significant progress in recent years.

President Rodrigo Duterte of the Philippines has rarely criticized China for its expansionism in the South China Sea. On Monday, during his State of the Nation address, he called himself a “good friend of President Xi.”

“When the pandemic struck, the first country I called for help was China,” Mr. Duterte said. He recalled how he had told Mr. Xi that the Philippines had no vaccines and was unable to develop one. Mr. Xi responded by sending 1.5 million doses, he said.

“You cannot repay that with money, but I have a debt of gratitude,” Mr. Duterte said. “You can be sure I will be your friend. A true friend and die for you.”

On Monday, Mr. Duterte implied that he did not see the United States as a reliable partner in defending the Philippines.

Mr. Austin said on Tuesday that he planned to discuss extending the longstanding military pact between the Philippines and United States during his coming visit. The pact, which allows Washington to move troops and equipment in and out of the country, is now in limbo.

Mr. Duterte previously sought to end the treaty, but reversed himself last year, saying he would maintain it. Many analysts had interpreted the about-face as a sign that the Philippine leader was worried about China’s growing military assertiveness.