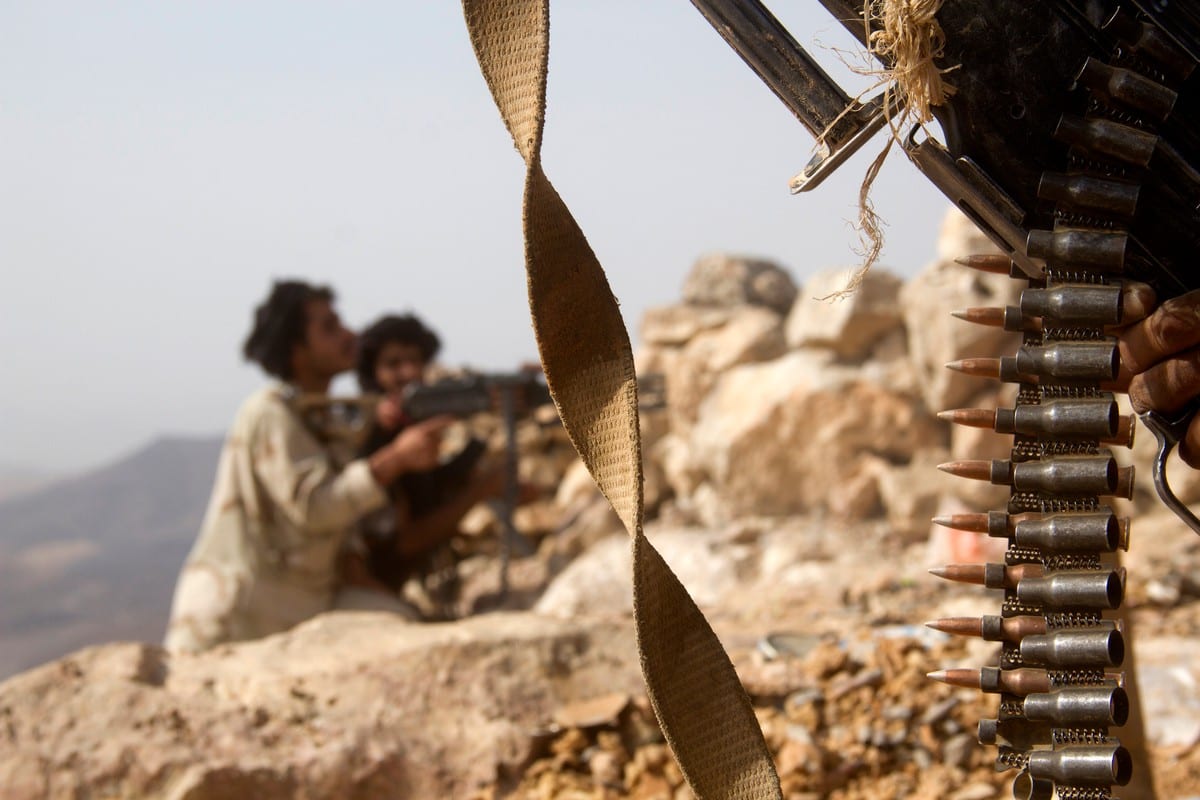 The Yemeni National Army and Arab coalition forces are waging violent battles in Marib governorate against the Iranian-backed Houthi militia, inflicting heavy losses on the terrorist militia in terms of lives and equipment.

Media sources said that the militia is facing a critical financial crisis as a result of these defeats, the first of its kind since it took control of the capital, Sanaa, in 2014, indicating that the heavy losses incurred by the Houthis after the battles of Marib made the militia resort to extorting civilians, merchants and the affluent in order to raise money to support its war effort.

The sources reported that these extortion operations included merchants, business owners and banks to request financial support under the title “Support the Marib Fronts”, which prompted them to establish a special fund to mobilize the sums paid through royalties from citizens, or to request assistance from citizens through bank accounts.

The sources noted that the financial support allocated to the Houthi Media Authority stopped for the fourth month in a row due to funds being directed to the Marib fronts, and this financial deficit caused a state of discontent among Houthi leaders and supporters amid mutual accusations of corruption.

It should be noted that Yemeni media quoted informed sources that Iran, which is suffering from its own economic crisis, reduced its financial support to the Houthi militia by nearly half in October 2020, indicating that the Iranian Revolutionary Guard was sending monthly sums of money to the group estimated at $20 million per month through a series of remittances from Lebanese and Arab banks into Yemen.

As a result of that financial crisis, the Houthi militia closed down a number of its local news sites, hundreds of pages on social media, and the expenses of dozens of Houthi leaders of the first rank were reduced.

Yemeni political analyst Mahmoud al-Taher said that the Houthi media’s announcement about the existence of a financial crisis is not true, as the Houthis have a huge financial empire in Yemen, which the militia collected from plundering aid and money of citizens and businessmen, imposing royalties on merchants and citizens, and trading in humanitarian aid, in addition to fabricating fuel crises to sell on the black markets.

Taher pointed out in a special statement to the Reference that the Houthis are using this news to trade in a humanitarian way and to put pressure on the international community to open Sanaa airport. This news is related to the talks taking place in Oman, with the aim of pressuring the international community to accept the Houthi conditions, especially since the Houthis are now seeking to establish a Yemeni-Omani commercial bank with a capital of half a billion dollars with the aim of transferring money and facilitating its laundering in Oman and in partnership with Hezbollah and Iran.