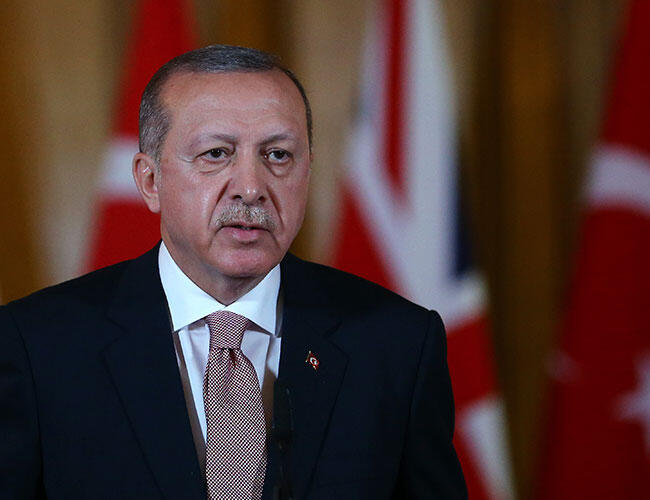 Three lean years have passed over the Afrin region since Turkish forces took control of the area on March 18, 2018 to implement Ankara’s political agendas and projects and achieve economic interests at the expense of the suffering Syrian people, with all their ethnic and sectarian components.

The Olive Branch operation carried out by the Turkish occupation forces, accompanied by the armed militias loyal to it in the Afrin region, brought with it disasters on the Kurdish community. Crimes against humanity were committed against the indigenous Kurdish population in a systematic manner of genocide, ethnic cleansing and forced displacement with the aim of changing population’s demographic composition and the Turkification of cultural and historical monuments, as well as the spread of centers of radical Islamist extremism and takfirism and the exclusion of Kurdish imams, in addition to the spread of chaos through killings, kidnappings, secret prisons, looting and armed robbery, imposing ransoms, cutting and burning trees, and seizing public and private property by thieves and militias. They also promote drugs, prostitution and fighting the Kurds, who lack of job opportunities and face high prices of basic foodstuffs, in order to force them to leave and leave their properties to the militias, while depriving them of relief and humanitarian aid.

The Turkish military sweep, accompanied by the so-called Syrian National Army loyal to the Turkish occupation government, which carried out racist and chauvinist settlement projects, displaced Kurdish indigenous people from their areas and forcibly confined them to camps far from their areas, using Kurdish citizens as human shields for the followers of the Syrian-Iranian regime, thrusting them as fuel in the futile wars, trading in their blood and kidnapping their children.

Demography in population science is the study of a group of population characteristics in terms of density, distribution, growth, size, and structure, and there are qualitative characteristics or factors, including social ones such as development, education, nutrition and wealth.

Demographic change under international law is the transformation that occurs in the structure and population of a geographical area resulting from voluntary actions and practices on the part of some party towards individuals who lose their will during the transformation, and thus demographic change will not take place except by a compulsory action and the transfer of the population from one place to another, to be replaced by another population group, which is called “forced displacement” and falls under war crimes, genocide, and crimes against humanity in accordance with international law. Forced displacement takes place in two ways:

1- Direct: Forcibly deported from their areas

2- Indirect: By using means of persecution and pressure on the population and pushing them to emigrate (Articles 6-7-8 of the Rome Statute of the International Court of 1998).

By analyzing the reality, we find that the Turks are the first to implement demographic change by receiving the displaced from various Syrian regions, regardless of race, sect, and resettlement, and they are still carrying this out today in the Kurdish areas under the pretext of displacement. Afrin alone received nearly 200,000 citizens from the city of Aleppo and its administrative districts. Some of the population contributed to directing the armed militias towards the owners of capital, property and industrial trades among the Kurdish citizens in order to seize their property and kidnap them for the purpose of material extortion and ransom collection.

In the other Kurdish regions (Amudah – Qamishlo – Hasaka), the Turks are receiving the displaced from the governorates of Raqqa, Deir Ezzor and Idlib in exchange for not creating conditions to avoid the displacement of the indigenous Kurdish population in particular, but they have tried to pressure them politically, economically and socially, as well as under the pretext of forced recruitment and kidnapping of children to serve the military services.

As for the Turkish occupation forces’ entry into the Kurdish regions, we find that the aforementioned articles are fully applied. More than 300,000 Kurdish citizens have been forcibly displaced from the Afrin region, and those who remain in their lands are pressured and forced to leave. With the previous Autonomous Administration, it mainly contributed to the process of forced displacement and used Kurdish citizens as human shields to protect the areas loyal to the Syrian regime (Nubl – Zahra) and to trade in their blood after they were placed in camps far from their areas.

Looking at the other Kurdish regions (Serê Kaniyê – Afrin – al-Bab – Manbij – Jarablus – Kobani – Qamishlo – Hasakah – Raqqa), we are facing staggering numbers, as nearly a million citizens have been displaced, including 800,000 Kurds and 200,000 from the other ethnicities and sects, especially Yazidis and Christians, including Arabs, Assyrians and Chaldeans.