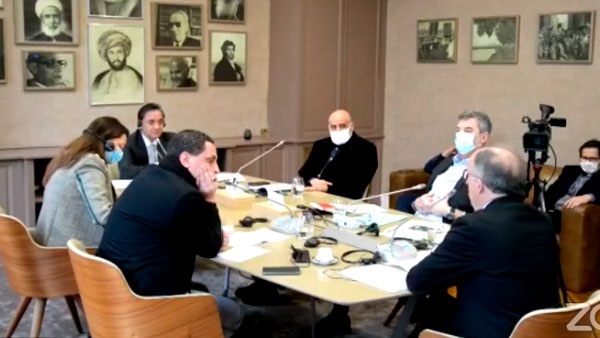 PARIS (Special) – The French edition of The Majalla magazine specified a major chunk of its coverage this week to the latest seminar by the Center for Middle East Studies in Paris (CEMO) about the abuse of human rights by Islamist movements, especially the Muslim Brotherhood.

The seminar, the magazine said, succeeded in throwing light on the use of human rights by the Islamists in reaching their political and social goals.

In commenting on discussions during the seminar, The Majalla said the European leftist’s concept of human rights is truncated because it only focuses on political rights and freedom of speech.

The magazine focused on an intervention by French Senator Valérie Boyer who described Turkey as a “European ailment”.

Valérie dwelt on the hazards Turkish policies are causing to European security.

The Majalla quoted CEMO Director Abdel Rahim Ali as raising questions about the way European progressives and rights advocates understand human rights and their defense of the leaders of the Muslim Brotherhood, in prison in Egypt since 2013 against the background of their involvement in cases of terrorism.

The magazine quoted Ali as clarifying that Abdullah Azzam, the founder of al-Qaeda and the ideological reference of Osama bin Laden, was a leader of the Muslim Brotherhood.

He added that Yusuf al-Qaradawi, an outstanding member of the Brotherhood, had issued hundreds of fatwas that incite suicide attacks on Europeans, Americans, Jews, Christians and Arab nationalists.

He added that this Muslim Brotherhood sheikh even encourages Muslims to invade the European continent.

The Majalla especially focused on Ali’s questions about whether European rights groups that oppose fascism know the reality of the Muslim Brotherhood.

Ali said the Brotherhood was infatuated with Adolf Hitler. The Grand Mufti of Jerusalem Amin al-Husseini, for example, Ali said, was a disciple of al-Bana and a main collaborator with Nazi Germany and Fascist Italy.

He said the Muslim Brotherhood welcomed al-Husseini as a hero in Cairo in 1945 after he escaped his prison cell in France where he was indicted for committing crimes against humanity.

The Majalla also focused on the information Ali mentioned about Islamists’ use of human rights as a weapon against western states.

France, Ali said, suffered at the hands of Islamists for almost a third of a century, beginning with the Paris Metro attacks in 1995.

These attacks, he added, were the culmination of the ideology people like al-Qaradawi promoted for a long time, along with the Association of Islamist Organizations in France.

The Majallah said those advocating human rights from a political perspective only overlook the real needs of people in the Middle East region where civil wars and terrorism are making their masterpieces.