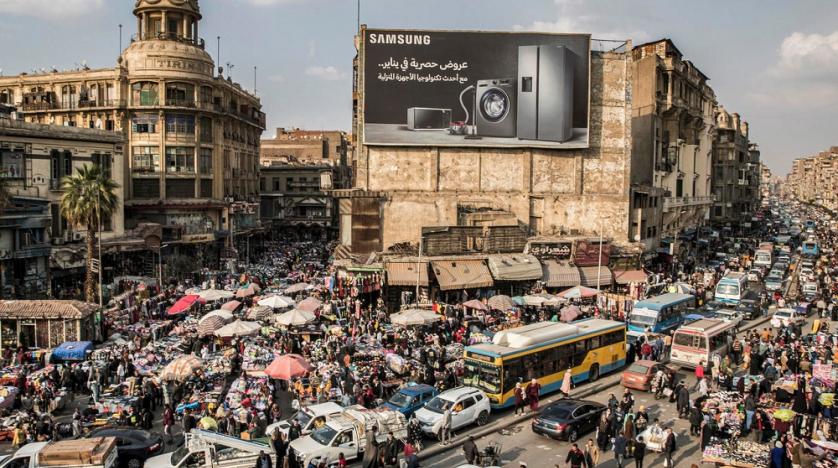 In gridlocked and heavily polluted Cairo, start-ups are searching for technological solutions to solve the transport headaches for an expanding megacity already struggling with over 20 million people.

With only three metro lines and overcrowded, run-down buses servicing the capital, public transport is stretched to its limits.

“The problem of traffic in Greater Cairo has resulted in very low average speeds, not exceeding 10 kilometers (six miles) per hour,” said traffic expert Osama Okail, from Cairo University, who says the solution to the capital’s woes must lie in fixing public transport.

Cairo, the most populous Arab city where a fifth of all Egyptians live, is ranked 30th worst in the world for congestion, according to TomTom, the Dutch vehicle navigations systems maker.

Runaway growth has pushed the ancient city to breaking point.

Egypt’s government has embarked on an ambitious urban transformation, but that is mainly focused on the construction of a new administrative city some 50 kilometers (30 miles) east of Cairo.

In Cairo itself, several giant road flyovers have been built to avoid jams in densely populated suburbs, criticized by some for the architectural damage done in historic areas.

For middle-class consumers, ride-hailing and delivery giant Uber and its Middle East subsidiary Careem have moved to plug the gap of poor public transport.

But tech-savvy Egyptians are also looking for their own homegrown solutions.

They include the start-up Transport for Cairo (TfC), which launched a detailed mapping of the city’s routes including informal transport networks to provide “actionable and high quality data.”

The data is used “to improve urban mobility”, to help commuters best navigate the city and cut down journey times.

“By mapping large cities and using the data for future planning, we are hoping to change them for the better,” said TfC co-founder Mohamed Hegazy.

“We are working with the authorities to change the way the system works.”

For now, an informal system of minibuses, motorized rickshaws, taxis, and millions of personal cars clog the city’s urban arteries bumper to bumper.

TomTom calculates that a Cairo driver wastes over five days a year sitting still in traffic.

That has a dramatic impact on work productivity, adding up to as much as $8 billion lost each year, according to a 2014 World Bank study.

It estimates Cairo’s traffic congestion could cost Egypt as much as four percent of its entire GDP.

Making travel simpler is one way to get commuters out of private cars and onto public transport, reducing congestion on the roads.

Another start-up, Ocra Wallet, is trying to digitize the estimated $30 million circulating as cash daily in commuter fares through its phone app, creating contactless payment to pay for tickets.

“The money that comes from that we use to help users as well as drivers,” Khaleel said, adding he believes that by stopping the handling of cash, the app can help cut coronavirus transmission too.

Meanwhile, ridesharing service Tink hopes to break into the carpooling sector, with an app that creates social networks of common friends going to the same destination.

“We have turned carpooling more into social gatherings,” said one of Tink’s founders, Adel al-Mahrouky.

For Egyptian tech experts, the hope is online solutions can help make much bigger changes.

Map-maker Hegazy believes his data can set Cairo on the path towards “the ultimate goal” — of decarbonizing the transport network.

“Everything must be electric,” he said.