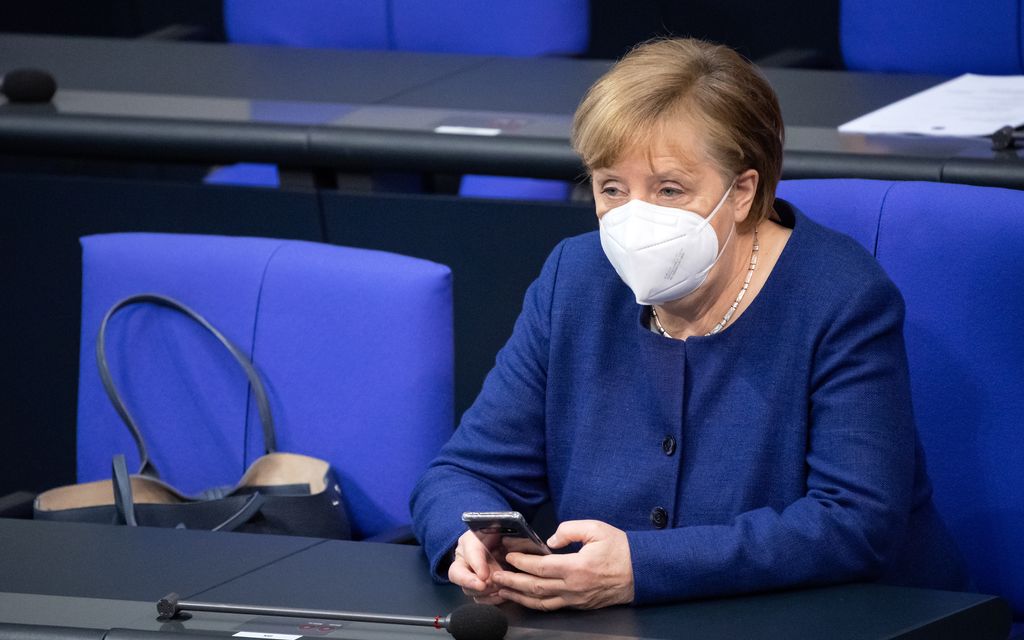 FILED - German Chancellor Angela Merkel attends a plenary session of the German Bundestag. Merkel called for greater transparency from those involved in climate protection, speaking at a discussion hosted by the Carbon Disclosure Project on Tuesday. Photo: Bernd von Jutrczenka/dpa

Calls are growing for Germany to edge further out of lockdown despite pushback from the federal government, as Chancellor Angela Merkel is expected to seek another extension to the measures in talks with premiers on Wednesday.

Negotiations have already been in full swing ahead of the online conference, with a draft plan seen by dpa proposing that the country keeps shops and other businesses closed until March 28.

Politicians and scientists have warned that more dangerous variants of the coronavirus are spreading in Germany, most notably the B117 strain first identified in Britain.

The document, seen by dpa, does however put forward looser contact restrictions, suggesting that two households could meet in groups of up to five from Monday. Currently, people can only meet in pairs.

Officials also hope that a mass roll-out of rapid antigen testing in the coming weeks can lead to further easing down the line.

Any steps out of the lockdown, which was fully implemented in mid-December to break a second wave of coronavirus cases, are expected to vary depending on the region and local infection rates.

States have already begun sending schoolchildren back to classrooms in recent weeks. Hairdressers reopened in Germany on Monday.