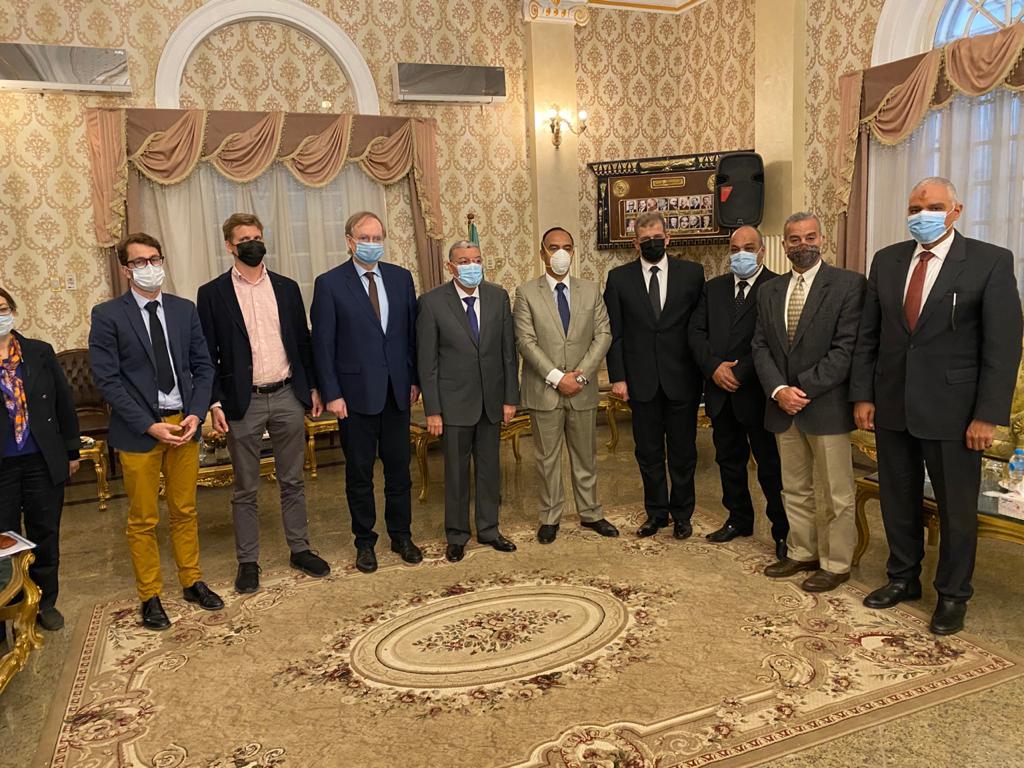 Christian Berger, the Ambassador of the European Union to Egypt, visits the projects implemented by the Small, Medium and Small Enterprises Development Agency in Minya Governorate in the Samalout, as part of the activities of the Agreement on Addressing the Root Causes of Irregular Migration funded by the European Union.

Engineer Medhat Masoud, head of the central sector for community and human development in the agency, Muhammad Sultan, district director, and Marwan Muhammad, director of the agency’s branch in the governorate also joint him in this visit.

Nevin Jameh, Minister of Trade and Industry and CEO of the Enterprise Development Authority, confirmed that this visit comes within the framework of completing close cooperation between the agency and the European Union, as it is one of the most important supporters of the agency’s development activities.

She indicated that the agency cooperates with a large number of international and donor agencies that finance the various projects that it implements in all governorates in coordination with state agencies to contribute to meeting the needs of citizens in the areas most in need and to provide their requirements for public facilities, which provides the appropriate environment to encourage them to establish small and micro projects that help To empower them economically.

Christian Berger, the EU Ambassador to Egypt, said that the EU Trust Fund is cooperating closely with the MSME Development Agency in providing basic services as well as implementing small-scale infrastructure works in local communities, as well as enhancing economic activities and skills for employment.

He added that this cooperation is largely in line with the priorities of the partnership between the European Union and Egypt.

He noted, “It is a good opportunity to be in Minya today to learn more about this cooperation and how it works on the ground for the benefit of the people who live and work here.”

It is worth noting that an agreement on “Addressing the Roots of the Irregular Migration Phenomenon” was signed between the Enterprise Development Authority and the European Union with a grant of 27 million euros, according to the study conducted by the National and Coordination Committee to Combat Illegal Immigration and Human Trafficking to implement projects to develop infrastructure and society in 11 governorates. They are Luxor, Assiut, Minya, Fayoum, Qalyubia, Menoufia, Gharbia, Sharkia, Beheira, Dakahlia and Kafr El Sheikh, with the aim of giving young people alternatives to illegal immigration through training and qualifying them for the labor market and providing them with a better future through the establishment of small or micro enterprises that provide them and others. Jobs.