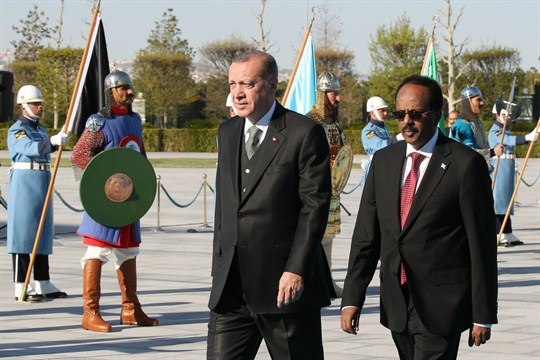 Turkey strives to have leverage in Somalia in its bid to gain a foothold in the Horn of Africa region.

Ankara is employing its soft power to gain this leverage and have a say in decision-making in Somalia, especially through the Turkish Cooperation and Coordination Agency, widely known as TIKA.

According to Ghalib Yilmaz, the agency’s coordinator in Somalia, it has implemented projects in many fields at a cost of $60 million in agriculture, fisheries and livestock.

The agency also invested in the construction of a hospital in Somaliland, since its inception in 2011, taking advantage of rampant unrest and poverty resulting from the civil war in Somalia.

TIKA has implemented a number of projects in various fields, including infrastructure, agriculture, education and health, as well as projects in the humanitarian field.

The Erdogan Hospital was built in the capital Mogadishu. It is one of the most modern hospitals in the Horn of Africa with a capacity of 241 beds.

All medical departments and units are equipped with modern medical equipment, and receive about 11,000 patients every month, including critical cases.

The Agency also contributed to the restoration of hospitals in the Somaliland region, and another in the city of Galcaio in central Somalia to provide health services to all Somalis.

TIKA played a key role in providing safe drinking water to Somalis. The Agency began digging 56 wells, including 33 in the capital and the surrounding regions. The wells were provided with generators and solar energy devices to secure energy and worked to provide training to the Somali people on how to use wells.