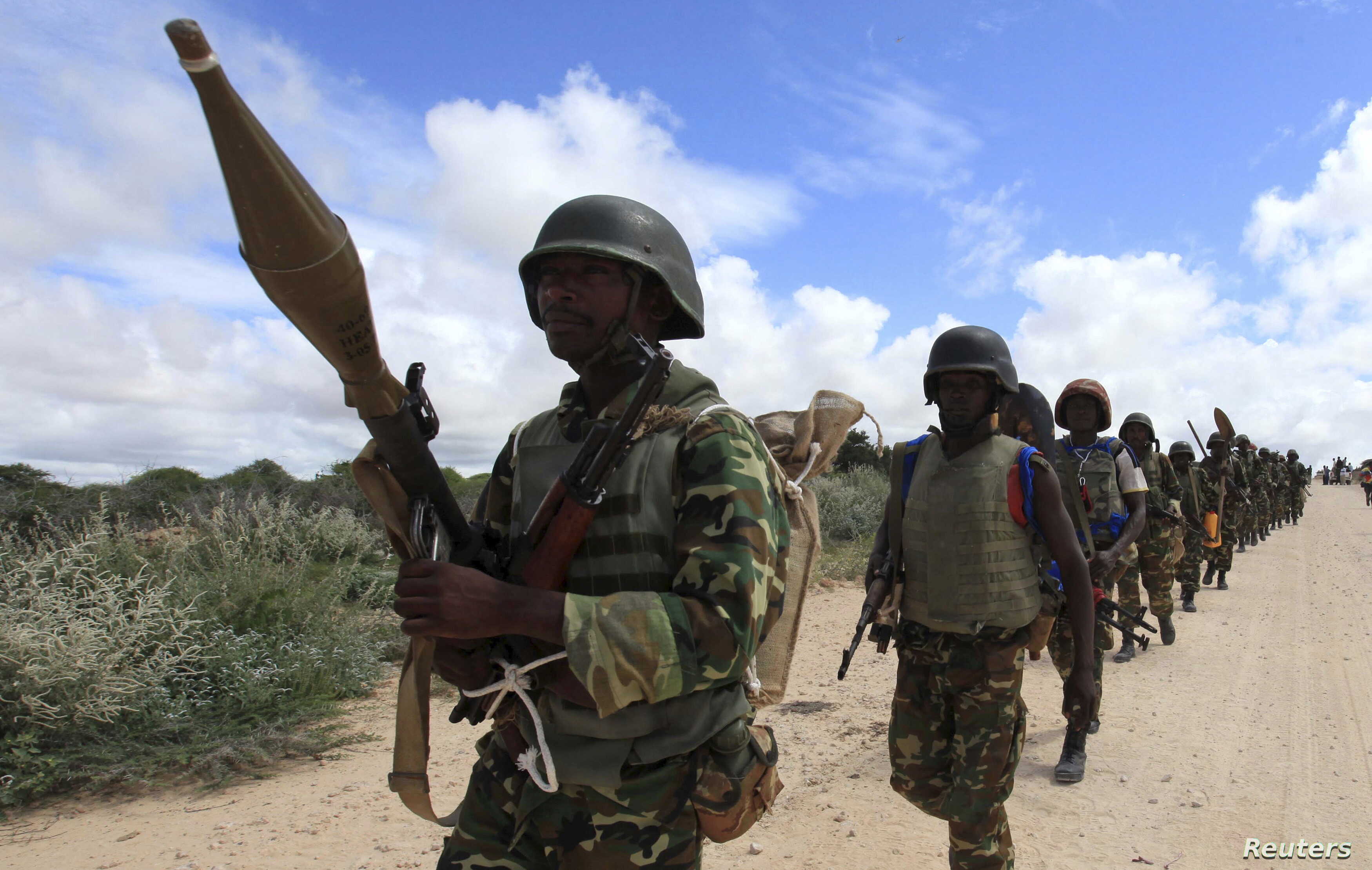 African Union Mission in Somalia (AMISOM) peacekeepers from Burundi patrol after fighting between insurgents and government soldiers erupted on the outskirts of Mogadishu in this May 22, 2012 file photo. REUTERS/Feisal Omar/Files TPX IMAGES OF THE DAY - GF10000363645

NGO calls on AU to investigate sending of mercenaries to Somalia

The same attacks left 480 people dead in 13 African countries, Maat Institute for Peace, Development and Human Rights added in its latest report about terrorist attacks in the continent.

The institute called on the international community to work hard to implement the sustainable development goals in the continent, including by bringing peace and stability back to the continent.

It said most of the attacks that took place in Africa in December were in eastern African countries.

It added that 56.8% of the attacks took place in these countries.

Maat noted that Somalia was the scene of the largest number of attacks staged in the region.

According to Abdel Rahman Pasha, the head of the research group at the African Affairs and Sustainable Development Unit of the institute, there was an upsurge in kidnap operations in Africa in December last year.

He said most of the kidnappings taking place in the continent happened in Nigeria at the hands of the ISIS-leaning Boko Haram organization.

Maat rang the alarm about the sending of mercenaries from Syria to Somalia.

It said around 1,000 mercenaries were sent from Syria to Somalia recently.

It called on the African Union to open an inquiry into information in this regard.