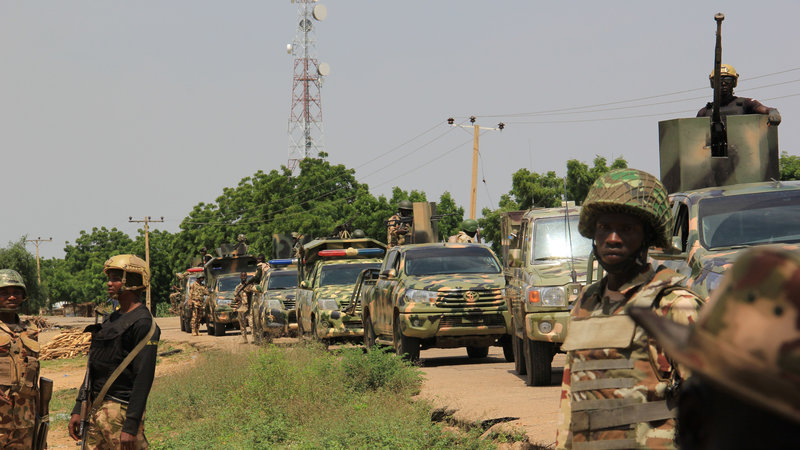 A group of militants affiliated to the Islamic State has overrun a military base in northeastern Nigeria.

The Nigerian army also said it had succeeded in liberating a village captured last week by the terrorists.

Islamic State terrorists attacked a village in Borno State on 19 February, where the Super Camp military base is located.

A Nigerian military source said the militants attacked the base from the northern and southern sides.

They forced troops in the base to retreat, Agence France-Presse quoted the source as saying.

President Buhari made new appointments within the ranks of the army earlier in February.

The appointments, observers said, are a new attempt by the Nigerian president to infuse new blood into the army command.

The Islamic State is present in a number of areas across Nigeria. It depends on theft and looting to finance its operations in that African country. The terrorist organization also kills its opponents, regardless of their age.

The organization especially depends on the theft of sheep and looting commercial shops. It also steals furniture and electric appliances from the homes of ordinary Nigerians.

According to a new report by the International Crisis Group, the Islamic State staged a large number of bloody attacks across Nigeria in 2019, especially in July.

An attack on a funeral procession by Islamic State militants in this month caused 65 people to die.

The United Nations condemned the attack.