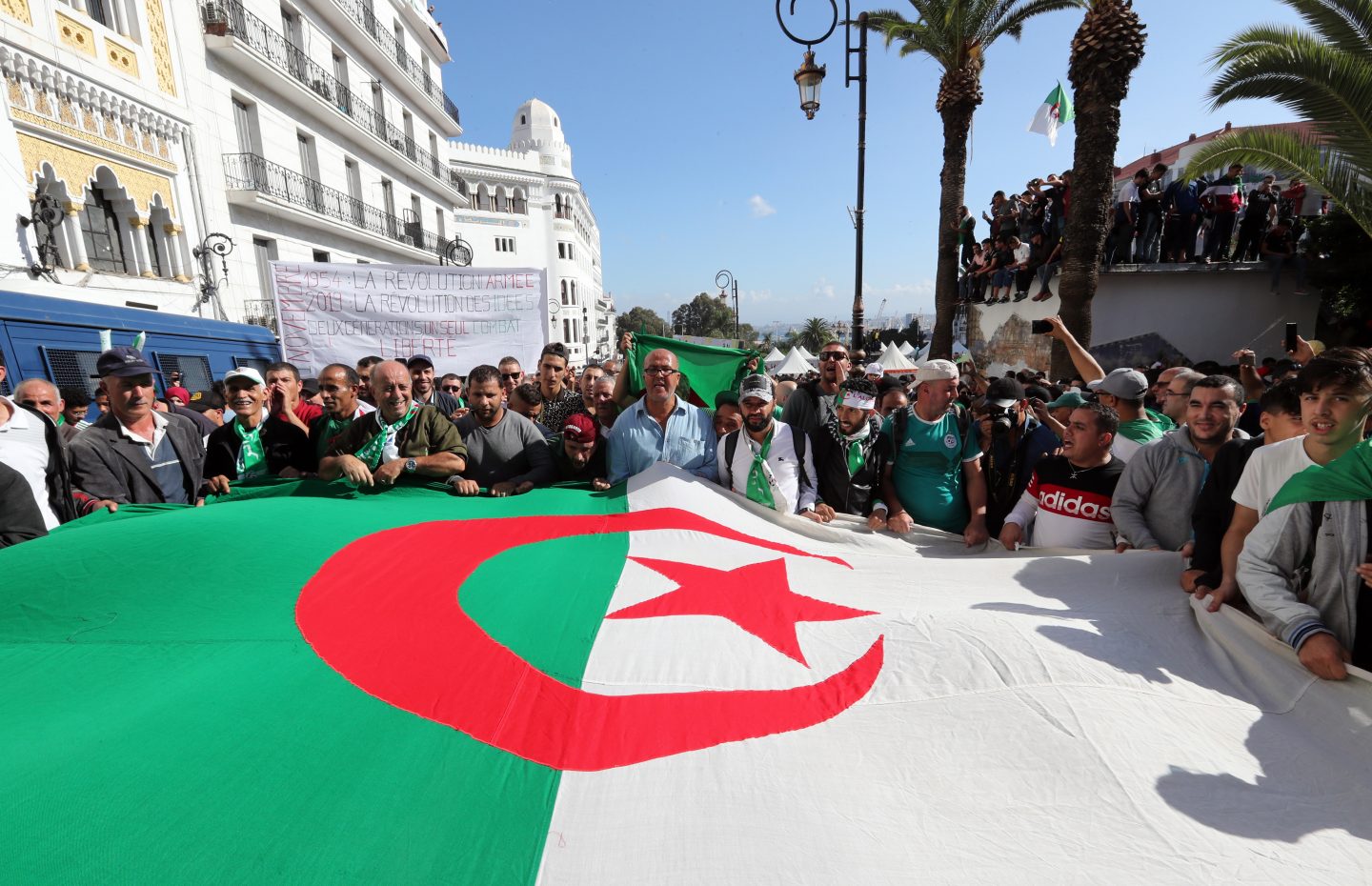 The largest Islamic opposition party in Algeria will be running for the early parliamentary elections, the date of which is yet to be announced.

Head of the Islamist Movement of Society for Peace, Abdul Razzaq Muqri, accused the extremist secular current of leading a conspiracy plan, saying it does not want elections because it has no chances to win.

Muqri criticized the secular parties in a press conference in Algiers without mentioning them, stating that the parties in question want to impose a transitional stage because they have influence within state institutions and foreign media.

Observers believe he was referring to the Labor Party and the Rally for Culture and Democracy after they expressed reservations about the meetings between Muqri, parties’ leaders, and the president which resulted in the dissolution of the parliament and preparations for early legislative elections.

The parties believe the elections that brought Tebboune as president are “not legitimate” and further deepened the “legitimacy crisis”.

They also believe that a two-year transitional phase can solve the ruling crisis, given that it is led by a group of figures known for their integrity. The figures will be tasked with organizing the presidential elections which will lead to a national unity government, provided that the army is not involved.

The authority rejected this proposition, indicating that it serves foreign agendas. It also accuses national parties of seeking to put Algeria on the path of chaos, as the case in Syria and Libya.