Latest Posts
16:55
Home News Why food prices in Turkey will not decline with presidential ‘instructions’ 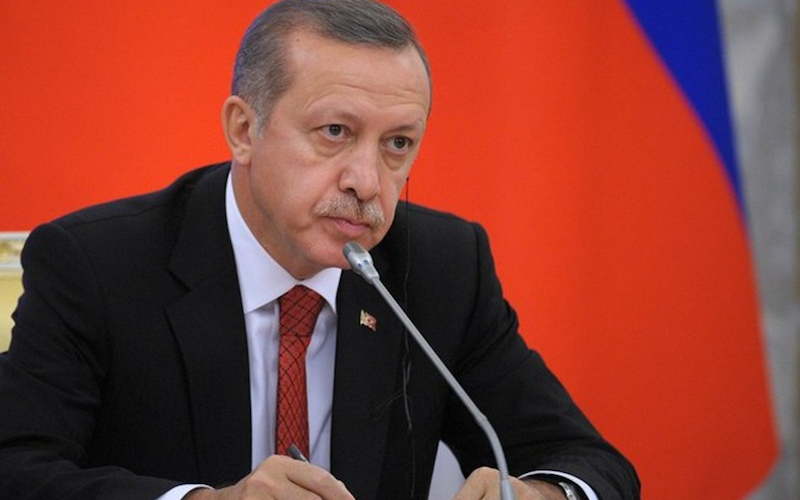 Why food prices in Turkey will not decline with presidential ‘instructions’

Since November, Turkey has become more serious about fighting high inflation. Changes to the central bank’s management team and tighter monetary policy have been welcomed by foreign investors, who can now make profit from the so-called “carry trade”.

Turkish President Recep Tayyip Erdoğan and the country’s largest business group have started complaining about high interest rates. But the central bank has made it very clear that the benchmark interest rate of 17 percent and perhaps higher rates will be maintained throughout much of 2021.

It is not clear how long Naci Ağbal will remain as central bank governor – he was appointed by Erdoğan in early November after the lira sank to a record low. But in the end, Erdoğan, who is desperate for foreign investment inflows, should not be expected to destroy the institutional autonomy of the bank immediately.

A combination of a slowdown in domestic demand and the lira’s stability will begin to slow core inflation – currently a 14.5 percent – in the first quarter of this year. Headline inflation, which was 14.6 percent in December, will begin to decline gradually after accelerating for a few months more.

In the absence of an unexpected external or internal shock, inflation will end the year at between 11 percent and 12 percent, so long as the lira remains stable around current levels. By the end of the third quarter, inflation dynamics will allow the central bank to cut interest rates gradually.

The central bank will announce its quarterly inflation report on Jan. 28. Its contents will be important in showing how the central bank is grasping changes to inflation expectations, which have been increasing, and will serve as a validity test for its monetary policy framework. It will be particularly important to see how the bank integrates a rise in global commodity prices into its inflation model.

When looking at commodity prices, we should not overlook the increase in global food prices. In this context, a call by Erdoğan this week for businesses to lower the price of food, including cooking oil, pulses, vegetables and fruit, is quite remarkable

The president “gave definitive instructions to the economy team about opportunists that citizens have complained about. Prices will be reduced. Opportunists will not be permitted …”

First and foremost, food prices cannot be lowered by handing out instructions. They just won’t. The same approach has been tried before by the same AKP government and it has not been successful. Penalties were given to intermediaries who were believed to be “increasing food prices” but the initiative failed. To grasp the reasons for this failure, it is necessary to look at the problems in the agricultural sector, imports of food and agricultural products, and of course world food prices.

To assist the review team who are now no doubt acting on Erdoğan’s orders, let’s begin to examine the background of why food prices are high.

For one thing, the global food price index announced by Food and Agricultural Organization of the United Nations (FAO) hit a six-year high at the end of 2020. Production losses due to climate change and distortions caused by the COVID-19 shock are driving up prices almost everywhere, while household income is decreasing on a global scale.

Drilling into the numbers, corn and soy futures prices are at the highest level in six years because drought is threatening crops in South America at a time when demand is rising in China. The price of palm oil used in almost every food sold in supermarkets is at a 10-year high. Protectionist measures are also pushing prices up. In Argentina, the government suspended corn export licenses to reduce prices while Russia, a global leader in the export of grain, announced limits to its exports beginning in mid-February to tame food price inflation at home.

Meanwhile, the dollar index lost 6 percent last year. As the dollar depreciated, commodity prices, including food, rose in hedging transactions. With a global rollout of coronavirus vaccines, both an increase in household income and the end of curfew measures, which have crippled the service sector, will combine to increase food demand in the second half of the year. Prices will rise even further.

Moreover, such price increases are expected to continue into 2021.

Looking at Turkey’s own agricultural sector, with efficiency problems and climate issues on the one hand and increasing cost pressures on the other, food prices are increasing. Stockpiling caused by the pandemic, price hikes in raw materials, exchange rate volatility and increasing input costs are among the major reasons for food price inflation in Turkey.

Fertiliser prices, an important agricultural input, increased by 90 percent over the past year. The price of factory feed used in livestock breeding spiked by around 60 percent due to the import-dependent nature of supply. The increase in the price of electricity used in agriculture in the last 12 months, a rise in the price of diesel fuel due to an increase in oil prices and the depreciation of the lira have also combined to increase food production costs.

Turkey imported $3.5 billion of raw materials for animal feed last year, $2.3 billion of vegetable oil and $2 billion of flour. It should not be surprising that the price of meat and milk, of table oil, and of any product including flour increased because of the lira’s decline of 20 percent against the dollar in 2020.

In Turkey, 93 percent of farmland requires irrigation for production of grains, vegetables and fruits. In terms of potential underground and surface water resources, only 8.5 million hectares of agricultural land in the country is economically irrigable; meaning heavy dependency on rainfall. Just 8 percent of total agricultural land has drip irrigation infrastructure. Hence when there is a drought, as was the case last year and this year, and as will be the case in the coming years because of climate change, food prices will remain elevated due to low production relative to demand.

These are the factors that drive up agricultural prices in Turkey.

Whether you are the president of Turkey or the president of the universe, food prices cannot be lowered simply by giving “instructions”. Reducing food prices requires production increases based on rational agricultural policies. Those policies must also take account of expected changes in the agriculture sector over the next 30 years and require enough financing to enact the transformation.