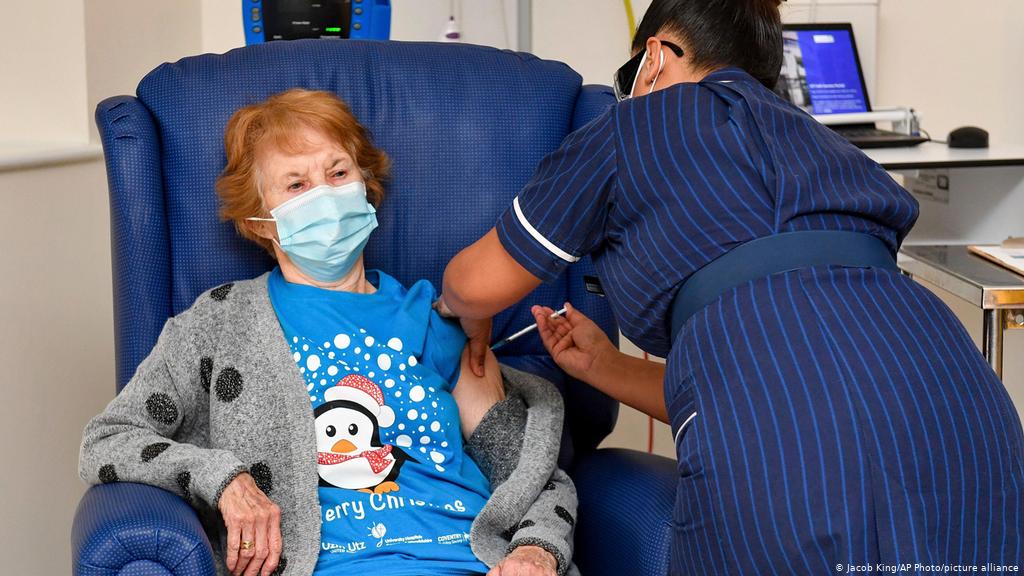 The data by YouGov showed the increase in willingness to be vaccinated in the UK was in line with a growing trend in Europe where people are becoming more “pro-vaccine”.

Latest figures showed 81% of Brits would have the vaccine.

Other countries with a big willingness included Denmark, where 80% would take up the offer of a vaccine, Spain with a 71% willingness, and Norway where 70% would have it.

The biggest increase has been in Sweden where a survey in mid-November showed only 45% would be willing to be vaccinated. This figure has now increased to 66% who would take the vaccine or have already had it.

YouGov said in a tweet: “Britons are the most likely in the world to say they have/will take the Covid-19 vaccine (81%).

“Having risen 20pts since we asked in Nov, this is also one of the biggest increases globally, and part of a broader trend of Europe becoming more pro-vaccine.”

It came two days before Prime Minister Boris Johnson tweeted on Sunday: “Since Monday 2.3 million of you have come forward to be vaccinated when asked to by the NHS.

“This puts the running total at a fantastic 6.3 million doses given right across the United Kingdom.”

The latest Government figures for the rollout of the vaccine programme across the UK showed another record day yesterday with 491,970 people receiving their first dose, taking the total to more than 6.3 million.

Health Secretary Matt Hancock said three quarters of all those over 80 in the UK had now been vaccinated, with a similar number of those in care homes.

A further 32 vaccine sites are set to open across the country this week including one at the museum made famous as the set of hit TV series Peaky Blinders.

The sites include the Black Country Living Museum in Dudley, which featured in the long-running TV show, a racecourse, a football stadium and a former Ikea store.

The Midlands has become the first region in England to administer more than one million first doses of coronavirus vaccine, new figures from NHS England reported yesterday show.

It comes after Mayor of London Sadiq Khan said on January 18 it was “vital” that vulnerable Londoners be given “life-saving” vaccines as quickly as possible, and that he “fully expected” numbers to increase.

The capital has a lower average age than the rest of the UK, according to data from Trust for London.

Around 3% of London’s population is over 80, compared with 6% in south-west England.

The NHS England data shows that a total of 5,970,175 vaccinations, including first and second doses, have been administered in England since December 8.

Regional breakdown shows the next highest number of jabs delivered after the Midlands was in the North East and Yorkshire, with 905,794 first doses and 71,725 second doses, making 977,519 in total.