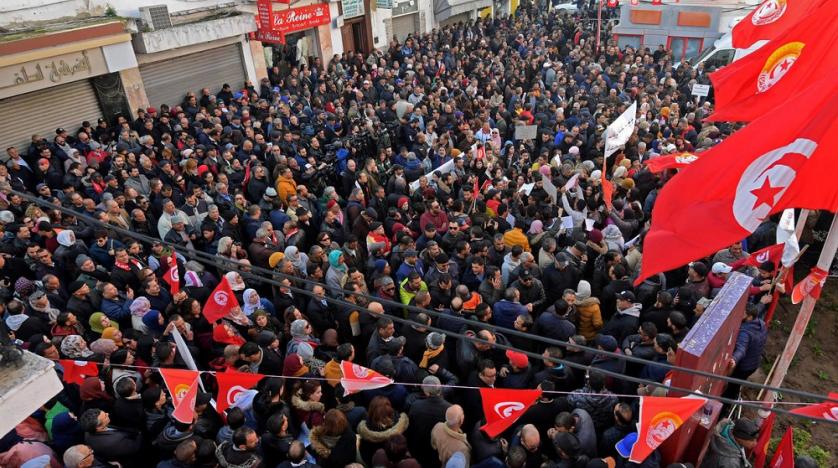 Hundreds of Tunisians staged protests in the past few days to demand jobs and against the failure of the Muslim Brotherhood in running the affairs of their country.

Although a decade has passed since the revolution in Tunisia, Tunisians still make the same demands of the revolution. They want their living conditions to be improved, and get jobs. They also call for initiating reforms against the background of control on their country by the Ennahda Movement, the local branch of the Muslim Brotherhood.

MP Mongi Rahoui accused the movement of pushing Tunisia to the brink of civil war.

This came after the head of the consultative office of Ennahda Abdelkarim Harouni asked the movement’s supporters to descend to the streets to counter protests against the movements.

Policemen cordoned off the protests. However, the demonstrators succeeded in breaking the cordon imposed on their protest and entered Avenue Habib Bourguiba in central Tunis. They raised signs that called for the Tunisian Prime Minister Hichem Mechichi to resign.

Rahoui accused some of the leaders of Ennahda of making remarks hostile to Tunisia and open the door for a civil war in the country.

Rahoui said Ennahda wants to use its secret militia to suppress the demonstrators. He accused Ennahda’s head Rached Ghannouchi of leading the militia to destabilize Tunisia.