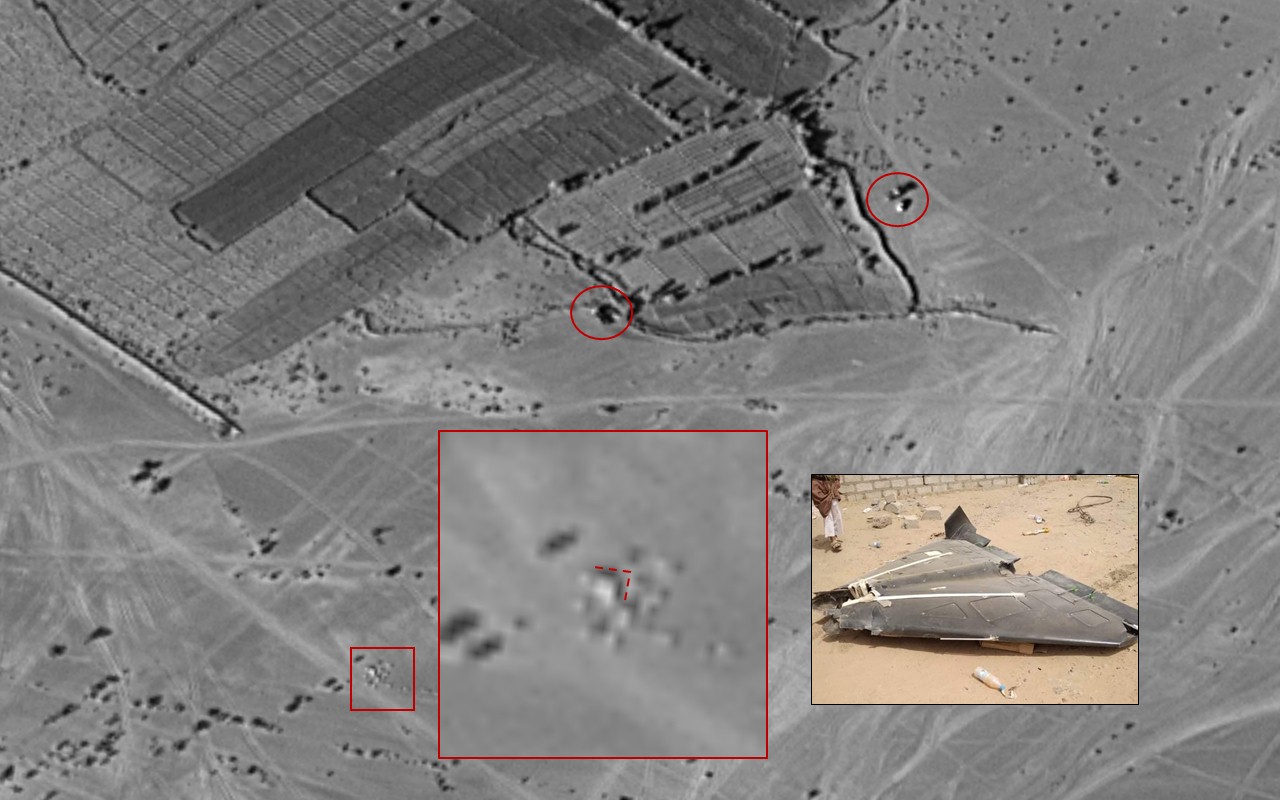 Iran is currently working on escalating tensions by using its arms in the Middle East, especially the terrorist Houthi militia in Yemen, to carry out effective strikes. On Thursday, January 14, Newsweek magazine revealed that Tehran had sent drones to its allies in Yemen.

The magazine reported that sending drones to Yemen came with the escalation of tensions in the Middle East via the Red Sea.

Pictures seen by Newsweek and confirmed by an expert who follows Iranian activities in the region indicated the presence of Shahid 136 drones, also called “suicide drones”, deployed in Al-Jawf governorate in northern Yemen, which is an area under Houthi control.

The expert, who spoke on condition of anonymity, told Newsweek that the Iranians have delivered advanced drones to their Houthi proxies in Yemen, which they are sending in order to launch an attack against a variety of targets within range.

“What they are trying to achieve is a policy of reasonable denial, meaning that they are able to hit targets in the Gulf or Israel, and then attach the crime to Yemen in hopes of being able to deny and to prevent them from any kind of punishment,” he added.

The recent developments come amid a clear escalation of activities in the Red Sea, as an Iranian military official revealed on Wednesday, January 13, that his country will send warships to patrol the area.

“We are once again in the Red Sea region, and we will send our maritime patrol and we will ensure complete security for our oil and commercial fleet in this sea,” said Iran’s Armed Forces Chief of Staff Mohammad Hossein Bagheri.

Meanwhile, the Houthi militia waved a major escalation against navigation in the Red Sea, which serves as a refuge when the noose is tightened on it, threatening to ignite the Red Sea front in a threat aimed at blackmailing the international community.

This comes after former US Secretary of State Mike Pompeo announced on Sunday, January 10, Washington’s intention to classify the Houthi militia as a “foreign terrorist organization,” while United Nations Special Envoy to Yemen Martin Griffiths criticized the US decision to include the Houthis on the terrorism list, warning that this harms efforts to settle the conflict.

In a briefing to the UN Security Council on Thursday, January 14, Griffiths expressed his concern about the impact of the US decision on the efforts of the United Nations in Yemen, affirming his confidence that the American action will thwart efforts aimed at bringing the parties to the crisis around one table.

In November 2020, the legitimate government in Yemen renewed its warnings of the growth of the Iranian project in cooperation with the terrorist Houthi militia, which poses a threat to the security and stability of all countries in the region.

The Yemeni government said that the escalation of terrorist activities carried out by the Houthis with Iranian planning and instructions in the Red Sea and Bab al-Mandab confirms its indifference to efforts to bring peace to Yemen, noting that the operation of booby-trapped boats and the random deployment of sea mines illustrates the terrorist militia’s progress in implementing the Iranian agenda to spread chaos and terrorism in the region.