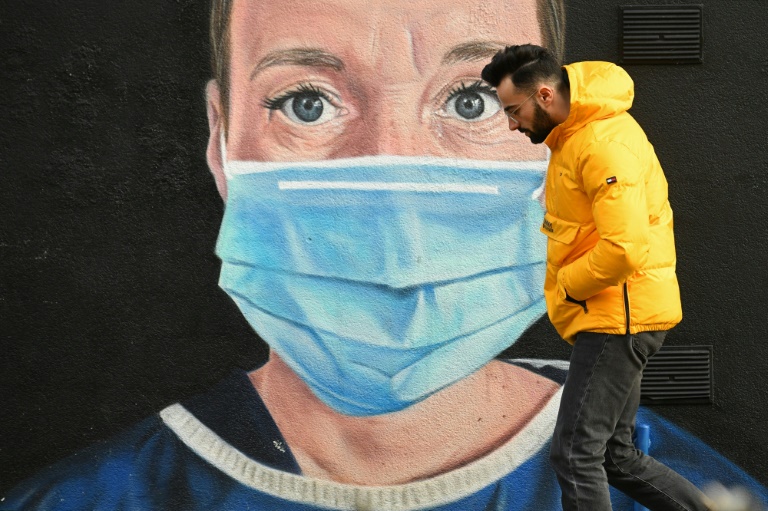 German Chancellor Angela Merkel and the nation’s 16 state premiers are expected to extend an ongoing coronavirus lockdown in talks on Tuesday, as the country races to get ahead of new virus strains.

The next round of talks on how to proceed in the pandemic had originally been planned for January 25, as the current restrictions are set to expire at the end of the month.

However, Merkel and the regional leaders’ meeting was pulled forward due to concerns over more transmissible mutations, some of which have already been confirmed in Germany.

The country has closed schools, non-essential shops, bars, restaurants, and leisure and cultural facilities under a lockdown that has been incrementally tightened since early November.

The measures also ban people from meeting with more than one other person from another household.

Government spokesman Steffen Seibert on Monday pointed to signs that the curve was flattening but said the number of new cases was “still far too high.”

More than 2.05 million people have caught the coronavirus in Germany so far, 47,622 of whom have died, according to the Robert Koch Institute for disease control.

Further restrictions up for discussion on Tuesday are thought to include making working from home mandatory where possible and requiring people to wear FFP2 masks in shops and on public transport.

On Monday, Health Minister Jens Spahn announced that over 34 million vulnerable citizens would be sent vouchers to collect the increased-protection respirators at pharmacies across the country.

The tighter mask-wearing rule was already rolled out in the southern state of Bavaria at the start of this week.

While the lockdown is broadly expected to be extended, Tuesday’s discussions could be fairly heated given that case numbers have been declining and the pressure on hospitals easing somewhat.

The government’s goal in the pandemic is to reduce the number of infections per 100,000 people over a seven-day period to less than 50, at which stage overwhelmed health authorities can resume tracking chains of infection.

A handful of districts, mainly in the country’s north, already meet that requirement, according to RKI data.

In addition, a feared surge in coronavirus cases following Christmas and New Year did not materialize.

However, the RKI has warned that isolated cases of more infectious virus variants from Britain and South Africa have been found in Germany.

The country does not yet have a clear overview of how many cases, RKI President Lothar Wieler said last week.

Whatever Merkel and the regional leaders agree on Tuesday, it will be up to the state administrations to implement the rules under Germany’s federal system, which can lead to a patchwork of measures across the country.