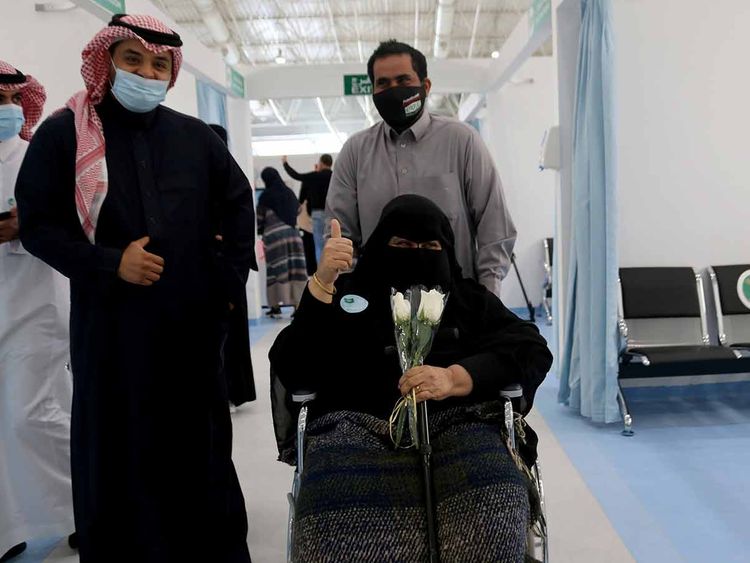 Saudi Arabia has set up large vaccination centers to inoculate residents against COVID-19, as part of its vaccination campaign launched in mid-December.

The campaign has seen a very high registration turnout by citizens and residents who wish to receive the vaccine.

Meanwhile, it inaugurated a new coronavirus vaccination center in the Nojoud Medical Center in Madinah.

The center marked the beginning of the vaccination campaign in Madinah, following several vaccination centers in various cities across the kingdom.

In the coming weeks, the Health Ministry is expected to inaugurate similar centers in Makkah and al-Ahsa (eastern Saudi Arabia).

The Ministry is receiving registration applications by citizens wishing to receive the vaccine in four cities.

The number of registrations through Sehhaty (My Health) app has amounted to more than two million people during the first month of the vaccine distribution.

Notably, the ministry receives 100,000 doses of Pfizer-BioNTech vaccine per week.

The US Food and Drug Administration and joint sectors are conducting research to register and approve other vaccines, including the Oxford-AstraZeneca and Moderna vaccines, after authorizing the use of Pfizer vaccine in late 2020.

The US Ambassador to Saudi Arabia, John Abizaid, received his first COVID-19 vaccine dose in Riyadh on Monday.

“I assure the American community here that the vaccine is safe and effective. The Saudi organizing and efficiency were very impressive,” Abizaid was quoted as saying after he received the shot.

For his part, German Ambassador to Saudi Arabia Jorg Ranau received his second shot of the vaccine and expressed gratitude it is available in the kingdom.

He urged people to receive the vaccine, being the only safe way to achieve community immunity that would enable the return to normal life.

Regarding the number of coronavirus cases in Saudi Arabia, the health ministry announced recording 170 new cases, raising the infection tally to 365,099, including 1922 active cases and 317 critical cases.

It also recorded 161 recoveries, amounting to 356,848 in total, while recording six new deaths to raise the death toll to 6329.