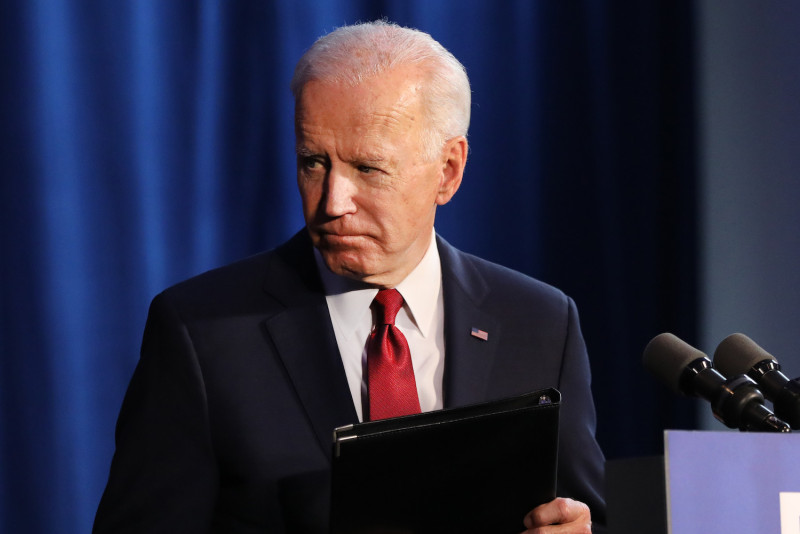 NEW YORK, NEW YORK - JANUARY 07: Presidential candidate Joe Biden exits after delivering remarks on the Trump administrations recent actions in Iran and Iraq on January 07, 2020 in New York City. Biden criticized Trump for not having a clear policy with Iran after recent developments have ratcheted up tensions. (Photo by Spencer Platt/Getty Images)

Divisions Emerge in Iran over How to Approach Biden Administration

Divisions started to emerge in Iran over the expected negotiations with the new US administration, following the inauguration of US President Joe Biden.

President Hassan Rouhani blasted those criticizing the government’s efforts to preserve the nuclear deal, stressing the importance of diplomacy to boost the economy and save the sovereign fund from bankruptcy.

In a televised speech during the opening of an oil refinery in Al-Ahvaz region, Rouhani defended the role of foreign policy, saying: “Had it not been for our foreign life and the 2015 nuclear deal, we would not have obtained the funds for the opening of these large projects.”

Government officials said that the natural gas refinery, in southwestern Iran, “is the third largest in the world of its kind, and the largest in the Middle East.”

The president was implicitly referring to two warnings that his foreign minister, Mohammad Javad Zarif, received in parliament on Tuesday. Zarif was rebuked for his efforts to negotiate with the United States only three weeks after the killing of Iranian Revolutionary Guards Quds Force commander, Qassem Soleimani, in a US drone strike in Baghdad in January 2020.

In contrast, Ebrahim Raisi, head of the judiciary, said: “Those who think that the country’s problems can be solved through negotiations are wrong.”

“When we act with determination in any field, the enemy will retreat and despair,” he added.

Raisi referred on statements made by Supreme Leader Ali Khamenei about “the importance of aborting sanctions instead of waiting for them to be lifted.”

“What frustrates the Americans and Europeans, and aborts the sanctions, is the implementation of the parliament law, to emphasize the necessity of executing the orders of the spiritual leader,” he stated.

Last month, the parliament approved a law obliging the government to violate the obligations of the nuclear deal in an attempt to pressure the Biden administration to lift the sanctions and backtrack on the policy of “maximum pressure” approved by former US President Donald Trump to change Tehran’s behavior.