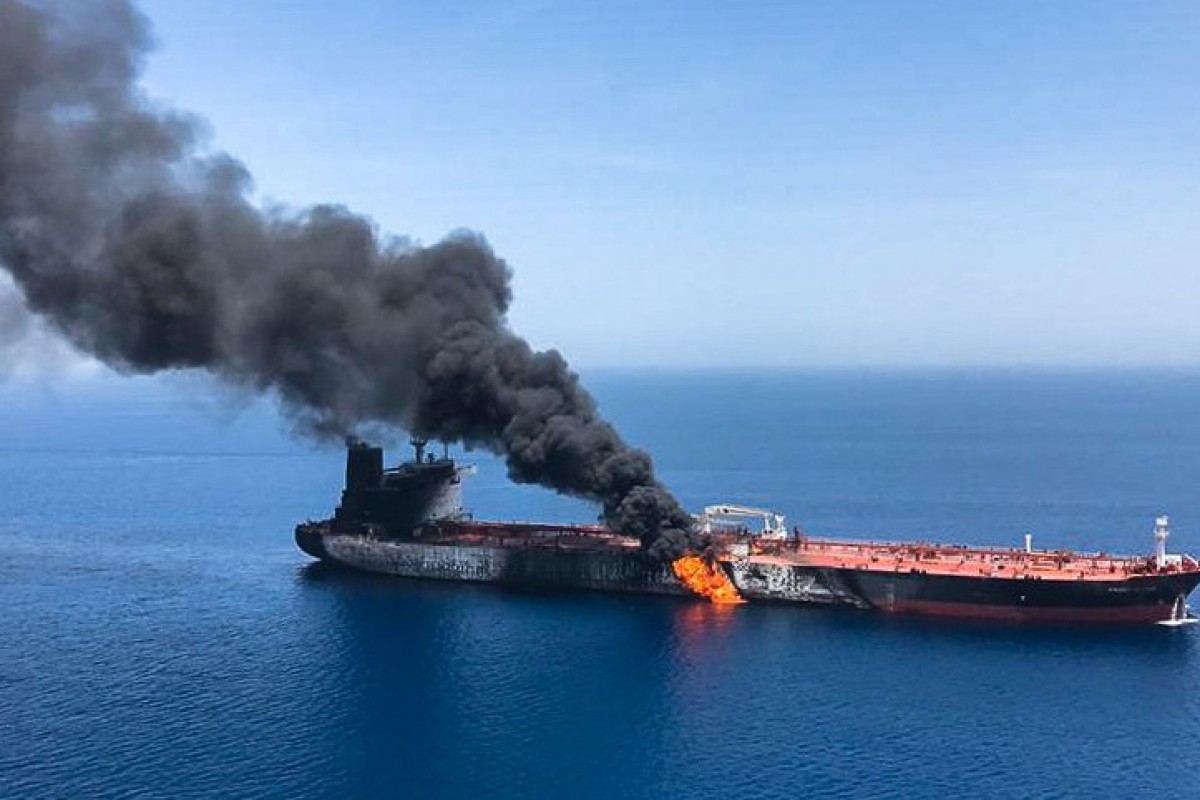 Since the Revolutionary Guards detained a South Korean oil tanker in the Arabian Gulf on January 5, 2021, the Iranian regime has worked to use all its tools regarding the detention of the Korean tanker in its favor, especially since Iran has funds frozen in South Korean banks that Seoul refuses to release so far due to US sanctions imposed on Tehran.

Despite America’s and some European countries’ requests to Iran to immediately release the Korean tanker, Tehran has so far refused, prompting it to launch an attack on the countries demanding the release of the tanker. Iranian Foreign Ministry spokesman Saeed Khatibzadeh said in his weekly press conference on January 11, 2021, that the United States, France and Western countries that have described Iran as engaging in piracy acts must take care of international laws regarding the necessity to protect the marine environment before attacking Iran, adding, “Some countries interfere in this matter even though it does not belong to them, and it is also Iran’s duty to protect the marine environment, and politicizing the issue of the ship does not contribute to its solution.”

Khatibzadeh claimed that the detention of the Korean ship was due to the pollution of the Arabian Gulf waters, adding that the ship was notified in advance and then it was detained by a court order. At the same time, he pointed out that South Korean Assistant Foreign Minister Choi Jong-kun held a meeting with Iranian Foreign Minister Mohammad Javad Zarif during the Korean delegation’s visit to Tehran regarding the follow-up of the Iranian assets held in Seoul, indicating that Korea provided unconvincing justifications to Iran not to transfer the amounts currently, saying, “It must hand Iran its money without delay,” according to IRNA.

This confirms that Iran is holding the Korean ship to bargain with South Korea until it releases Iran’s frozen funds. Iranian government spokesman Ali Rabiei, in response to allegations that Iran’s seizing of a South Korean tanker is like taking hostages, said, “Seoul is the one who pawns $7 billion of Iranian money without any bond.”

Also, Iranian Deputy Foreign Minister for Political Affairs Abbas Araghchi called on his Korean counterpart, Choi Jong-kun, to deal more calmly with the oil tanker crisis and to leave the matter to the Iranian judiciary to take its course, claiming that all the evidence confirms it is proven that the tanker has polluted Gulf waters and that controlling this oil tanker in Iranian waters is only a matter of technical considerations.

Araghchi stressed that politicizing the issue and giving it an international character on the part of South Korea will not represent any pressure on Iran and will not help, calling on Seoul to remain calm until the investigations are completed and to allow legal procedures to proceed peacefully in order to reach a satisfactory result for all parties.

Regarding the course of this crisis, Mohamed al-Abadi, a researcher specializing in Iranian affairs, said that Iran accuses South Korea of ​​holding about $7 billion hostage in its accounts, and Tehran has tried more than once to demand these funds, but the Korean government has not responded due to the implementation of the sanctions imposed on Iran in the sector. Therefore, Iran has resorted to “thuggery” by detaining an oil tanker and its crew and then entering into discussions with the Korean side to barter the tanker for these frozen funds. Korea has already started sending a delegation to discuss the tanker file and the money with the Iranian side, he added.

Abadi pointed out in a statement to the Reference that it will be difficult to end the crisis with Korea releasing this huge amount in one go, but the two parties can reach a state of understanding, especially since South Korea and Iran have a long relationship in the field of oil exports from Iran to Korea before the imposition of US sanctions.

Regarding the response of Western countries, especially the United States and France, Abadi said that the American response and the Iranian response come in the context of the mutual heating up between the two parties and the continuation of the US strategy towards Iran by highlighting the Iranian regime’s illegal practices and the behavior of mafia gangs that Iran sometimes uses to solve its international crises.