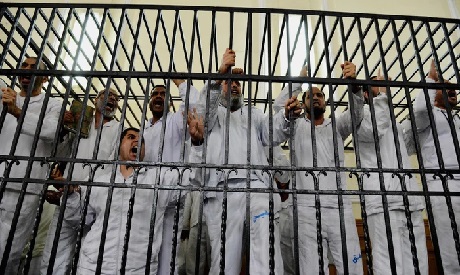 The June 30, 2013 revolution dealt a deadly blow to this terrorist organization. The revolution was followed by a series of other blows by Egypt’s security agencies.

The Muslim Brotherhood reacted to all this by acting violently. At the same time, the group’s leaders escaped to Qatar and Turkey for fear of arrest.

The arrest of acting Muslim Brotherhood supreme guide Mahmud Ezzat in Egypt has confused the group and its members.

Brotherhood leaders and members traded accusations for the failure of their organization.

Muslim Brotherhood cleric Essam Telima then posted a video in which he lashed out at a large number of Brotherhood leaders outside Egypt. He said these leaders were the main cause behind the failure of the organization and its collapse.

However, the senior members continued to be in control of the most important card: financing.

Nonetheless, this did nothing to scare the junior members away from maintaining their coup. The senior members then had to let go some funds for the families of Muslim Brotherhood members arrested and imprisoned in Egypt.