Latest Posts
19:42
Home Reports The curse of pharaohs uncovered the Muslim Brotherhood’s attempt robbery at the tomb of Khufu 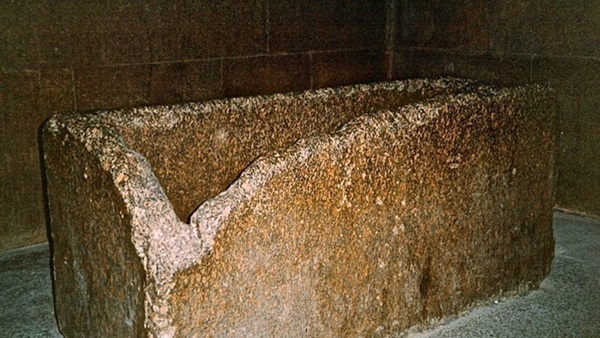 Day after day we discover what the Brotherhood has done against the homeland and against history. This is a new crime in which the Brotherhood tried to abuse and steal a landmark of Egyptian civilization, the Pyramid of King Khufu, which still fascinates the world with its size and strength of its construction … when the Brotherhood the damage at the pyramid made possible.

The crime was judged by the Supreme Administrative Court in its historic verdict under the direction of Adel Barik, Vice President of the State Council, and the membership of Advisor Salah Hilal, Dr. Muhammad Abdel-Wahab Khafaji, Nabil Atallah and Ahmed Maher, representatives of the Chairman of the State Council, exposed on Saturday November 28th.

The court declared the exposure of the most dangerous operation to damage the Great Pyramid of King Khufu, the greatest king of Egypt, and the only remaining monument to the seven wonders of the ancient world. The operation took place two and a half months before the revolution in June 2013 during the reign of the banned organization.

The court ended the discussion about the responsibility of senior antique workers in a difficult time Egypt was going through. The court stated that on April 17, 2013, the Muslim Brotherhood allowed three German visitors to climb the stairs to the main burial chamber and to the five chambers above King Khufu’s main burial chamber within the Great Pyramid.

The action was recorded by one of the three Germans and published on YouTube. The robbers were able to steal pieces from the ceiling and walls of King Khufu’s main burial chamber, located in the Great Pyramid, and some pieces from one of the walls of the bird tomb with a sharp object. The robbers also stole samples of the red ink that was used to write the name of King Khufu on one of the walls of the fifth room above the king’s main burial chambers, scientifically known as “King Khufu’s Cartridge”.

This caused some scratches that were noticeable to the naked eye and a break in the wall of the tomb on the left side of the burial hall which resulted in the breaking of a 13 cm long x 8 cm wide x 1 cm deep section of stone which damaged the monument.

The court said: The constitution requires the state to protect and preserve antiquities, to maintain their territories and to retrieve the pieces that have been stolen, and to organize and supervise their excavations. Given the value of antiquities in the history and civilization of the Egyptian state, the constitution prohibits the gifting or exchange of antiques, as well as their abuse. Trading state antiques is a crime that does not fall under the statute of limitations.

The court said that the chief inspector for scientific antiquities had betrayed King Khufu and carried out the orders of the brotherhood. He left his place of work in the area of ​​the pyramid antiquities on the day already mentioned and joined the German group of visitors who visited the bird cemetery within the area on the same day during that visit.

The chief inspector has instructed the security personnel in the area of ​​the pyramid antiquities to prepare a ladder and provide it for the members of the German visitor group inside the pyramid to enable them to climb and access the main burial chamber and the five chambers above of King Khufu in the Great Pyramid . That happened on April 17th, 2013, exactly from six in the evening to eight in the evening. This enabled the German group to confiscate samples from the ceiling and walls of King Khufu’s main burial chamber inside the Great Pyramid, as well as samples of the red ink used to write the name of King Khufu on one of the walls of the fifth room above the king’s main burial chambers.

The court added that, as the chief inspector of antiquities, he should have been interested in preserving Egyptian antiquities and preventing their looting or abuse. This confirms the allegation against him after it had been proven that he was dishonest in the performance of his duties and that within the pyramids, the most important jewel of Egyptian antiquity. He was not worthy of it, but a means to abuse the monument of the great Khufu and to compromise his cartridges and his integrity, for the antiquities enjoy an inviolability. These should only be examined in a legitimate and scientific manner. Those who abuse them reap the curse of the law.

The court pointed out in its decision that the Egyptian state, represented by the Ministry of Foreign Affairs and the Ministry of Antiquities in August 2014, i.e. after the revolution of June 30th and the issuance of the constitution, due to the value of the antiquities of those stolen Samples a committee of the Ministries of Foreign Affairs and Antiquities was formed to open the diplomatic bag received from the Egyptian Embassy in Berlin, which contains samples stolen from the main burial chamber of the pyramid of Khufu.

These were deposited in the basement of the Egyptian Museum in Tahrir. These events confirm the gravity of the grave mistake they made against the Great Pyramid, King Khufu, the greatest king of Egypt, and the only remaining monument to the Seven Wonders of the World.