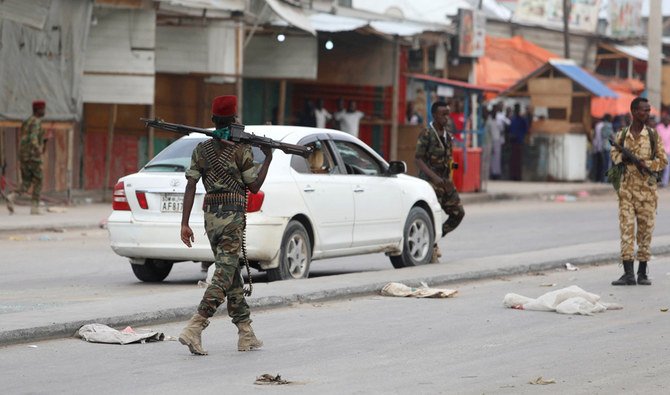 Dozens of soldiers and insurgents were killed in two days of fighting between Somali government forces and Al-Shabab militants northwest of the capital Mogadishu, a witness told Reuters on Friday.

Somalia’s state news agency Sonna said the military had killed about 50 fighters from the extremist group. No immediate account of the battle was available from the militants.

Hussein Ali, a farmer in the Afgoye area, told Reuters he and other civilians had been trapped in the crossfire during two nights of fighting.

“The Somali government transported dozens of dead bodies. Likewise, Al-Shabab took dozens of their bodies. They both suffered blows,” he said, adding he had counted at least 20 bodies on both sides.

Sonna, the state news agency, said that among the insurgents killed was a commander it identified as Osman il Fidow. “Al-Shabab buried its dead bodies in another village called Bulo Yarey,” it said.

Neither the Somali military nor Al-Shabab could be reached for comment. Both sides often give sharply different figures of fatalities in skirmishes.

Al-Shabab has been fighting for more than 10 years to dislodge the country’s central government.

The group frequently carries out gun assaults and bombings of both military and civilian targets and has also carried out attacks on regional targets, especially in neighboring Kenya.