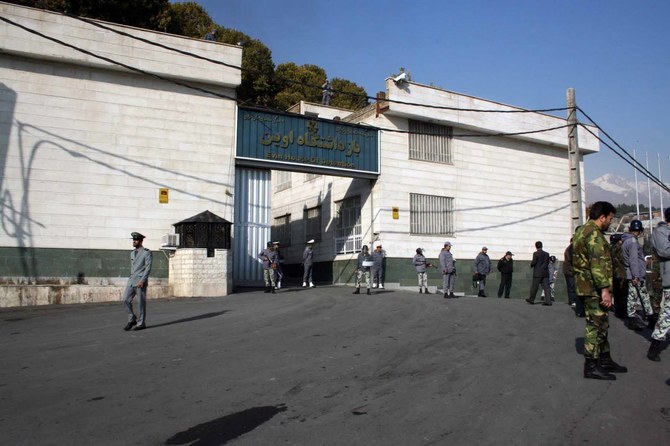 Experts from the UN Human Rights Council have called on Iran to temporarily release human rights defenders from prison to protect them from the spread of COVID-19.

“Iranian human rights defenders in prison are at high risk of contracting COVID-19 because the government has failed to take effective action to protect their health and integrity, and grant them temporary release, despite its orders to furlough over 100,000 prisoners,” Mary Lawlor, UN special rapporteur on the situation of human rights defenders, said in a statement issued to Arab News.

“They should not be imprisoned in the first place, and so I urge the government to grant them release before their inaction results in tragic consequences.”

Lawlor said she had received reports of the deteriorating health and wellbeing of imprisoned human rights defenders in Iranian detention.

The UN has repeatedly urged Tehran to temporarily release prisoners, including human rights defenders, from jail to protect their wellbeing.

“The refusal of the authorities in Iran to grant human rights defenders temporary release during a pandemic is symptomatic of a complete disregard for fundamental human rights, and for the safety and wellbeing of those imprisoned for their human rights work,” said Javaid Rehman, UN special rapporteur on the situation of human rights in the country.

Iran’s prisons have long been a major vulnerability in the country’s fight against COVID-19. According to rights group Amnesty International, “Iran’s prisons remain catastrophically ill-equipped for dealing with outbreaks.”

Its prison system was already vastly overcrowded, Amnesty said, and the coronavirus outbreak only made the situation more dire.

In July, Amnesty reported that prison officials in Iran had pleaded with the government to provide more resources, including medical equipment, cleaning and hygiene supplies, and personal protective equipment to help fight the prison outbreak. Those pleas went unanswered.