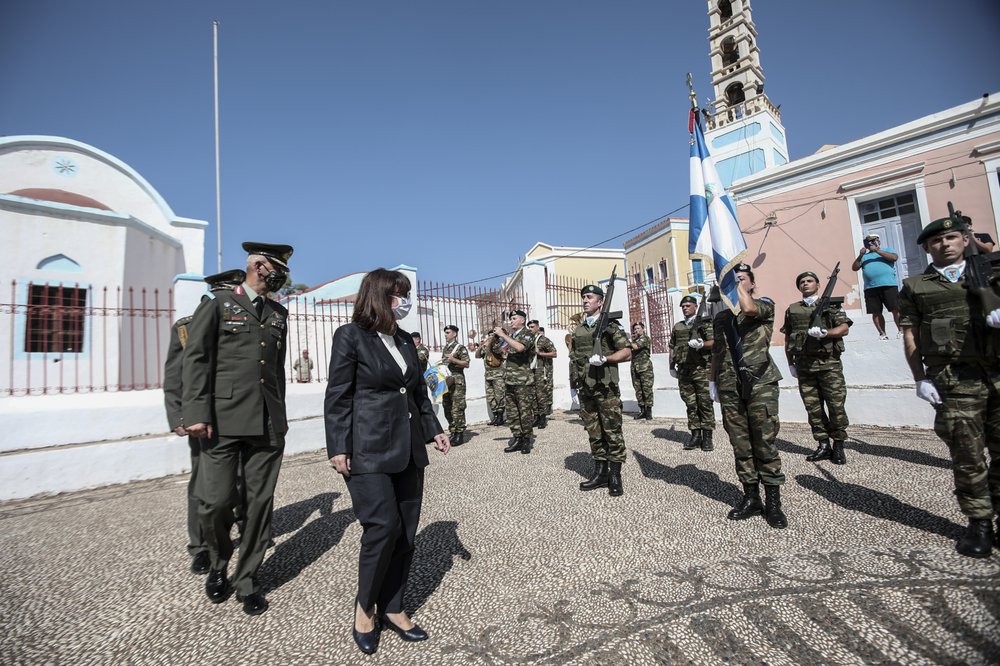 The Greek government welcomed a Turkish survey vessel’s return to port Sunday from a disputed area of the eastern Mediterranean that has been at the heart of a summer stand-off between Greece and Turkey over energy rights.

The Oruc Reis research ship returned to near the southern Turkish port of Antalya for the first time in more than a month after Turkey announced in July that it was dispatching a vessel to work in waters that Greece claims are its exclusive jurisdiction.

“This is a positive signal. We will see how this develops to make a proper assessment,″ Greek government spokesman Stelios Petsas told TV channel Skai.

The ship returned to Antalya after its Navtex, or international maritime safety advisory, for the waters between Turkey, Cyprus and the Greek island of Crete it had been in since Aug. 10 expired.

The dispute over potential oil and gas reserves has triggered a military build-up in the eastern Mediterranean. Nominal NATO allies Turkey and Greece both dispatched warships to the area where the Oruc Reis was engaged in seismic research and conducted military exercises to assert their claims.

Turkish Defense Minister Hulusi Akar said Sunday in Antalya’s district of Kas that Turkey supports peace and dialogue “if our wishes and demands are fulfilled.”

Greek President Katerina Sakellaropoulou was visiting the Greek island of Kastellorizo, located directly across the Mediterranean from Kas, at the same time.

Iraq says ‘not happy’ with ‘dangerous’ US pullout threat