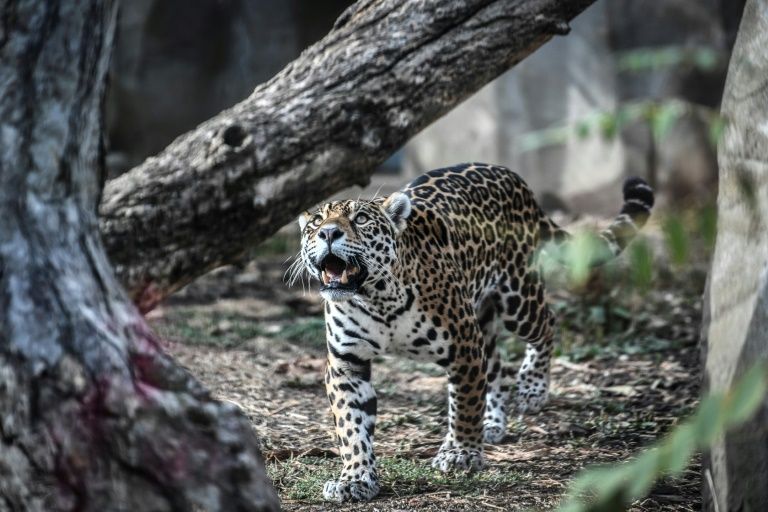 Fires raging in the Pantanal, the biggest tropical wetlands on Earth, are threatening a nature reserve known as the home to the world’s largest jaguar population, Brazilian authorities said Tuesday.

“The military firefighting corps sent two teams of reinforcements today to fight a fire in Encontro das Aguas State Park,” the government of the state of Mato Grosso said in a statement.

“They join the 46 men already on the ground fighting the fires on this front.”

Firefighters and environmental authorities also rescued two women and seven children in the region when their house was nearly engulfed by the flames, the statement said.

The Pantanal, which sits at the southern edge of the Amazon rainforest and stretches from Brazil into Paraguay and Bolivia, has been hit by record fires this year.

There have already been more fires in the Brazilian Pantanal this year — 12,102 — than in all of 2018 and 2019 combined, according to satellite data collected by Brazil’s national space agency, INPE.

In July, satellites detected 1,684 fires in the region, more than triple the number in July 2019 and the worst month on record since INPE began tracking in 1998.

The Pantanal is known for its immense biodiversity, including its jaguars, a species listed as “near threatened” by the International Union for Conservation of Nature because of its declining numbers.

Firefighters are working to protect the region’s hotels and farms, as well as the park, state authorities said.

Brazil is also struggling to fight surging fires in the Amazon.

The number of fires in the rainforest last month was the second-highest in a decade for August, at 29,307.

That was just below the crisis levels that unleashed a flood of international condemnation last year, pressuring far-right President Jair Bolsonaro, who has downplayed the destruction of the world’s biggest rainforest and called for protected lands to be opened to mining and agriculture.

Experts say most of the fires are set intentionally, typically by farmers and ranchers clearing land.