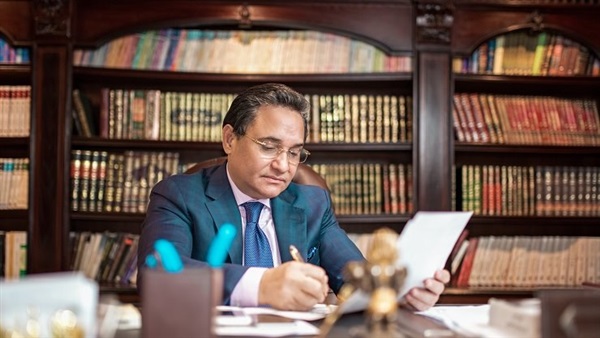 Egyptian member of parliament and the Director of the Center for Middle East Studies in Paris, Abdel Rahim Ali, described yesterday as “catastrophic” remarks by Turkish Minister of Energy and Natural Resources, Fatih Donmez, about his country’s plan to drill for oil off the coast of Libya within three months.

Ali said these remarks show that Turkey’s terrorism-sponsoring regime and its fanatic head, Recep Tayyip Erdoğan, have nothing in their mind but the wealth of the Libyan people.

“I am full of confidence that the descendants of the late great resistance figure Omar al-Mukhtar will not allow the terrorist Turkish regime to implement its evil plans and usurp their wealth,” Ali said in a statement.

He called on the international community, in general, and the United Nations Security Council and the African Union, in particular, to take swift action to rescue Libya from the claws of Turkish colonialism.

This is especially important, he said, after Turkey transferred mercenaries, including terrorists from the Islamic State of Iraq and Syria, to Libya.

“The terrorist and criminal acts of the Turkish regime inside Libya must also stop and in an urgent manner,” Ali said.

He called on Libyans to rally behind the Libyan National Army and its commander, Khalifa Haftar, to repel Turkey.

He also called on Libya’s political forces and legitimate institutions to confront the ambitions of what he called the “terrorist Turkish sultan.”

“I have confidence in the ability of the Libyan National Army and people to defeat Erdoğan’s terrorists and mercenaries and turn Libya into a graveyard for them.”