Latest Posts
19:03
Home Interviews Abdelrahim Ali to causeur website: Egypt has managed to stop the coronavirus at the border 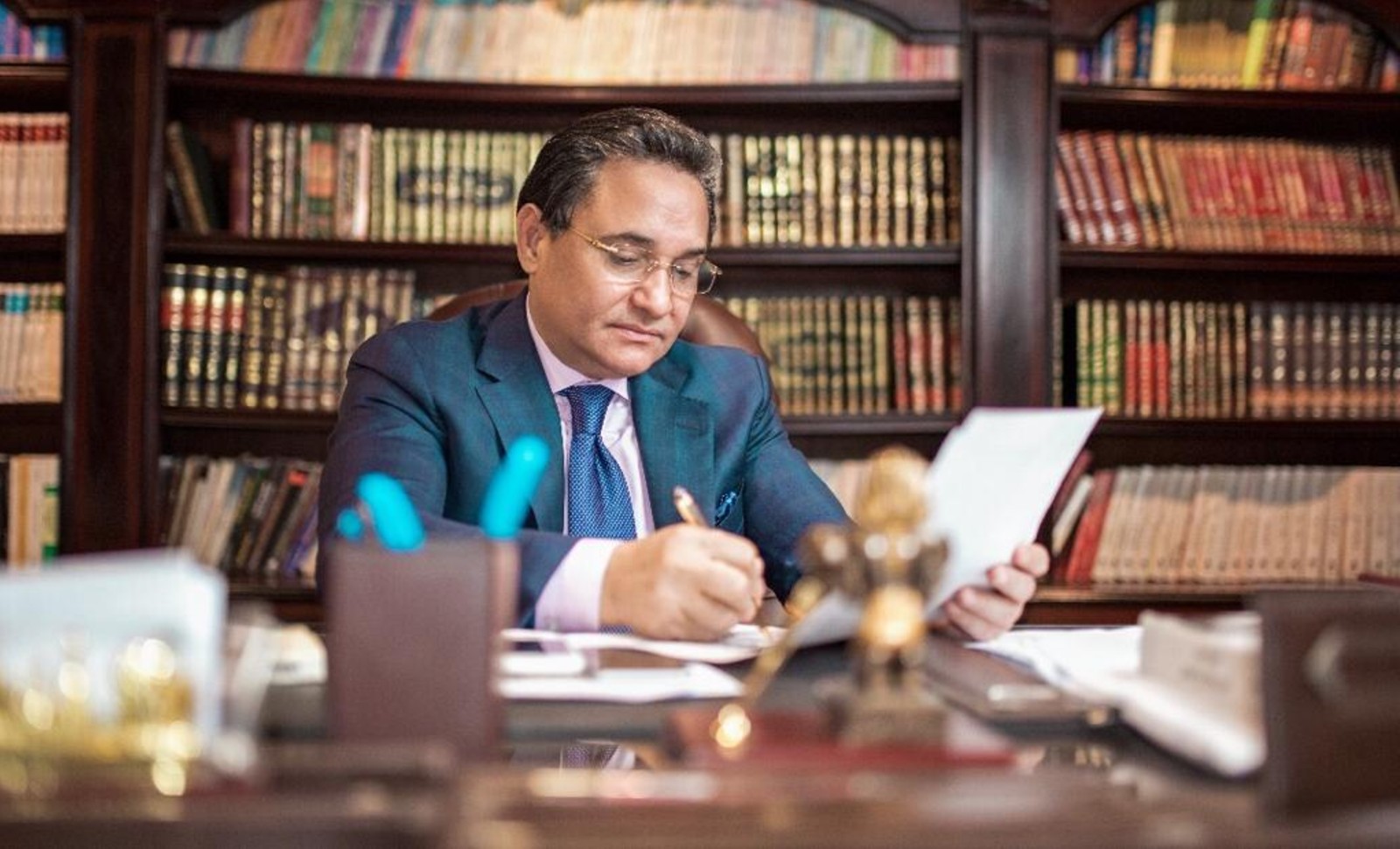 Abdelrahim Ali to causeur website: Egypt has managed to stop the coronavirus at the border

An Interview with Abdelrahim Ali, Egyptian MP and President of Center for Middle East Studies in Paris (CEMO)..

With just 486 deaths as of May 5 and very few serious cases, the coronavirus pandemic appears to have spared Egypt. What is the situation in your country?

Indeed, the current situation is reassuring! People’s movements were restricted by imposing a curfew from 7 p.m. to 6 a.m., then from 8 p.m. to 6 a.m., and during Ramadan (very important month for Muslims), from 9 p.m. to 6 a.m. So I can tell you that the number of infections is limited in Egypt, and that we are going to start a cautious process of returning to normal after Ramadan.

When did you first hear about the Covid-19? What were the capacities of the health sector in Egypt?

I was then in Paris, and preparing to return to Egypt. Arrived there, from the airport, I was subjected to the strict measures of the Egyptian authorities: taking the temperature and detaining anyone suspected of being contaminated.

I have seen first-hand how prepared the airport and health authorities are to deal quickly with anyone who arrives contaminated in Egypt. If the authorities have the slightest doubt about a case, the person is immediately detained and isolated, and he is treated appropriately.

If she is negative, she can leave, but the health authorities of her governorate (equivalent to a French region) follow her daily after having placed her in quarantine at home for 14 days. Myself, I had to stay confined to my home for 14 days because I came from France, a country affected by Corona.

What were the first steps that were taken and what was the complete strategy for dealing with the virus?

A “crisis management cell” under the chairmanship of Prime Minister Moustapha Madbouli has been formed, with daily monitoring by President Abdel Fattah al-Sissi.

The national plan was developed to best respond to WHO recommendations, and based on the coordination of all relevant state agencies. Finally, all government services were suspended, except of course health. The logic of our national pandemic strategy was simple: prevent the virus from entering Egypt as much as possible and at the same time detect and contain contamination cases as quickly as possible before the virus spreads gets carried away.

For this purpose, flights to Egyptian airports were suspended from March 18 and Egypt has implemented the device I mentioned allowing the early detection of suspected cases and an intensification of health surveillance at points of entry into the country. A special effort has finally been made with hotel customers in Luxor and Aswan.

To contain the contamination, each governorate has been assigned a hospital whose mission is to treat proven cases. Many more hospitals were assigned to provide supervised quarantine and the entire health system was mobilized to put all the resources of the country at the service of the crisis cell.

Beyond the effort to prevent the virus from entering the country, we have of course taken preventive measures to slow its spread in the event that this first line of defense is breached.

Thus, restaurants, cafes, casinos, clubs and shopping centers were closed from 7 p.m. to 6 a.m., and from March 31, from 8 p.m. to 6 a.m., except bakeries, grocery stores, pharmacies and supermarkets. And with the start of Ramadan, from 9 p.m. to 6 a.m.

Later it was decided to completely close the cafes and nightclubs, as well as all the restaurants, which will be limited to home delivery. Cinemas, theaters were also closed and collective sports activities suspended.

Administrations and government departments have reduced the number of employees present to reduce public transit trips and groupings. Those whose presence was deemed essential had their temperature checked before entering their workplace. The results suggest that this logic has been quite effective.

Why has Africa in general been less affected than Europe and North America?

The situation in Africa at first was an enigma that disconcerted health experts, especially given the decline in the level of health care in many countries on the continent. Some say the African climate was a key cause of the virus’s spread from the continent, but there is no evidence to support it.

On the other hand, as the case of Egypt demonstrates, there is a simpler and more concrete logic. The coronavirus comes from outside and has spread to Africa later than to Europe, Asia and America, a fact that has given African countries time to develop a preventive strategy based on limiting entry of the virus from abroad.

Thus in almost all African countries – partially or totally – the same measures have been taken: closing the borders, screening nationals of contaminated countries and placing them in quarantine, banning groupings and suspension of studies in schools and universities.

Africa thus recorded at the end of the first week of March only a small number of contaminations, mainly in southern and western Africa: 11 cases in Togo, Nigeria, Cameroon, Senegal and South Africa, and cases isolated in the Arab countries, according to published data, which is little compared to the number of inhabitants of the continent, or more than 1.3 billion souls, that is to say three times nothing compared to the most 105,000 cases worldwide as of mid-March.

In a study published by The Lancet on the preparedness of African countries for Covid-19, an international team of scientists found that Algeria, Egypt and South Africa were the countries best prepared to fight against the virus when it arrived.

According to the same study, Nigeria, a country particularly exposed to danger given its significant pollution, was one of the African countries best prepared to deal with the disease, thanks to its experience in the recent fight against Ebola in 2014.

The three pillars of the Egyptian economy (tourism, shipping via the Suez Canal and gas) have been badly affected. How is the government coping with this challenge?

The State has taken initiatives in favor of actors in the tourism sector consisting of launching projects to renovate fixed and floating hotels, and tourist transport boats as well as the extension of the deadlines of companies in the tourism sector. A £ 100 billion fund has been created to finance a more comprehensive plan to support the sector. To support the economy as a whole, the price of natural gas for industry has been lowered as well as the price of electricity for the next 3 to 5 years. A specific policy is implemented to attract and keep investors, support the stock market and encourage the credit market in general to have the necessary capital at the time of recovery.

Finally, retirement pensions will be revalued and undeclared workers – there are around 1.5 million in Egypt – will also have special assistance.

What are your forecasts for tourism?

We hope that tourists will return as soon as possible, but this will depend on the measures taken against the coronavirus, the decision of which is in the hands of the health authorities.

However, from the start, Egypt has decided to allow visitors to its territory to continue their tourism programs. And you will be surprised: the planned stay of some tourists has ended, but they have chosen to stay with us because they consider the situation in Egypt to be safe.

we will develop domestic tourism within fifteen days after the Feast of breaking the fast to also encourage the Egyptians to visit their own country.

The terrorist threat was not confined during the crisis. What is the situation in Sinai in particular and in the country in general? Are terrorist networks active? Will the terrorists try to take advantage of the health and economic situation to weaken the state?

Indeed, as the recent attacks demonstrate, terrorism is a hellish machine that does not stop, given the financial support from certain entities and states. Egypt has the merit of fighting terrorism alone in place of the rest of the world. But I also say that the situation in Sinai is not as serious as some would have you believe. It is perhaps finally here that I have the opportunity to send a message to the world by affirming the need to unite in a flawless front against terrorism from which many countries suffer. If Egypt is left alone in this fight, terrorism risks sooner or later, directly or indirectly, affecting all countries of the world.