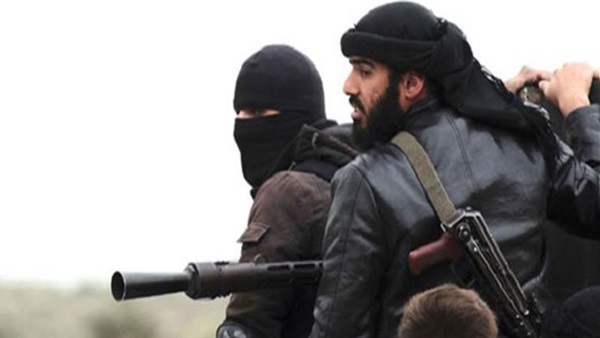 Strange fatwas during Ramadan: ISIS permits breaking the fast for its members

Terrorist groups and organizations always take advantage of the month of Ramadan – if they cannot carry out bloody operations – to launch many fatwas, through which they demand their elements and others to adhere to them.

ISIS comes at the forefront of those terrorist organizations as it has launched a barrage of fatwas that is almost strange in its content, through which its elements are permitted to do things that prohibit those who are not affiliated with the organization, including the permissibility of its fighters for breaking the fast, the invalidity of fasting for those who do not belong to the organization, or who does not like it, and preventing women from leaving in general during the day in Ramadan, and many others.

The organization deals with its elements during the month, not by being a month to go closer to God through fasting, prayer and tahajjud.

Rather, ISIS and its members have their own rituals during the month, of which fatwas come at the forefront. They apply these fatwas to the public in cities that it controlled in Iraq and Syria, punished violators, to intensify the fighting and their terrorist operations, through the messages that their leaders dictated to them, urging them to carry out their terrorist actions during the holy month.

During the past 6 years, the terrorist organization launched many strange fatwas related to the month of Ramadan and fasting, as its mufti permitted ISIS members to break the fast during the fighting, claiming that it exhausts the body and encourages the fasting person to be inactive and surrender to fatigue.

At the beginning of the holy month, the terrorist organization issued several fatwas, through the program “Fatwas Through the Air,” issued by Radio al-Bayan, affiliated with the terrorist organization, regarding Ramadan, foremost of which was, “Is it permissible for the Mujahid to break their fast in Ramadan if he is in a battle?” The answer is that “breaking the fast is one of the causes of strength, and while it is permissible for the traveler to break his fast, it is permissible for the Mujahid as the interest of the former is private, and the interest of the second is general”, according to their saying.

Despite the many losses suffered by the terrorist organization in Syria and Iraq, its cells did not stop launching many terrorist operations, by following the messages of the leaders to continue the hostilities during the holy month.

The organization refused after the killing of its former leader, Abu Bakr Al-Baghdadi, during October 2019 Defeat, in an effort to return again. Abu Ibrahim al-Qurashi was appointed at the end of October of the same year, where the organization’s leaders were recently able to re-grasp the remnants of the organization after its disintegration in recent years, especially after the killing of al-Baghdadi, and became dependent on new plans and strategies to implement Its operations and timing.