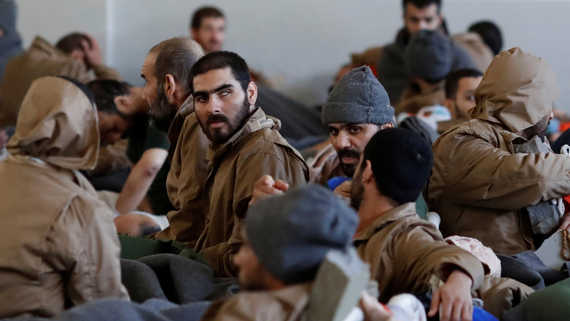 Who rescues prisoners, Kurds from COVID-19 in Turkey?

The Turkish prisoners, displaced Kurds in Syria and refugees at the Greek border as well as the European countries are paying the price of policies adopted by Turkish President Recep Tayyip Erdogan.

The prisoners, Kurds and refugees have become more vulnerable to being infected by the coronavirus, which is weeping the whole world. The Syrian refugees in Turkey are going through fatal conditions as large numbers of them are staying in mosques, which are closed because of the coronavirus outbreak. They don’t have money to stay in Istanbul.

The Turkish authorities opened the border crossings for the refugees to go to Europe after a number of Turkish soldiers were killed on February 27 in Idlib. Despite all of the tough measures to combat COVID-19 all over the globe, no attempts have been made to protect these refugees, said David Miliband, the head of International Rescue Committee.

Moreover, a number of world organizations for refugees have warned of disastrous impacts on refugee camps if COVID-19 spreads among them.

As for prisons in Turkey, the conditions are tragic, especially after the spread of COVID-1. Thousands of people were detained following an attempted coup on July 15, 2016. There are 300,000 imprisoned people in Turkey. The number is by far greater than the capacity of prisons in the country.

The coronavirus threat also extends to the Kurds, who are displaced in northern Syria due to Erdogan’s aggression on Syria to realize his dream to restore the the Ottoman Empire. Experts are concerned that the coronavirus will spread rapidly due to the crowds of refugees inside camps.

Despite the fact that the population of Kurds exceeds 16 million in Turkey, accounting for 20 percent of the total Turkish population, Erdogan insists on ignoring them as the Turkish authorities release instructions and all the information about COVID-19 in the Turkish language.

The Turkish Health Ministry and other authorities reject to release any information about the pandemic in the Kurdish language.

Temelli said in a tweet that Turkey does not take into consideration that there are many languages in Turkey.