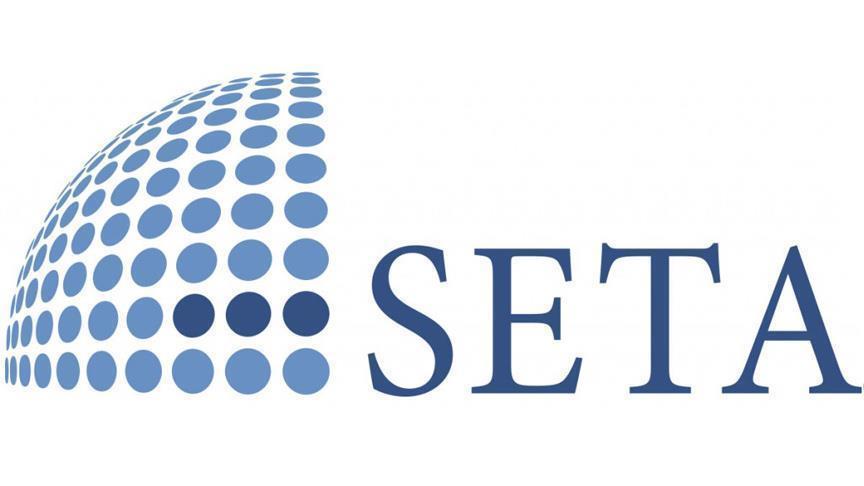 Turkey’s Foundation for Political, Economic and Social Research (SETA), which was established in 2005, has been playing a great role in the use of the Syrian refugee card by Turkish President Recep Tayyip Erdogan, launching many conferences and seminars aimed at mobilizing support for the “Ottoman sultan”.

After exploiting the Syrian refugees and playing with their minds, Turkey expelled them towards European countries – pushing these innocent people to an unknown hell – with the help of SETA.

SETA has held several seminars to discuss the refugee crisis and the European position towards it, with the aim of reaping personal gains for the Turkish president and his ruling Justice and Development Party (AKP). On March 14, SETA held a seminar to clarify the situation of Syrian refugees on the Greek border, in a clear attempt to reduce criticism against the Turkish regime.

The seminar focused on presenting several interventions that clarify the Syrian refugee situation after the Turkish authorities opened the borders to Europe, claiming that Ankara had been pushed to drive the Syrian refugees out of the country and towards the European Union.

SETA has also played with the refugees’ minds by setting up fallacious education centers. Since 2016, SETA has penetrated the Syrian camps in Turkey and set up many temporary educational centers for more than 90% of the Syrian children in the camps between the ages of 5-18, while approximately 25% joined from outside the camps. SETA has claimed that refugees in Turkish camps receive better education than those outside, attempting to attract them to Erdogan and use them for his personal interests.

A SETA report bearing the name “Roadmap to Educating the Syrians in Turkey” revealed that Ankara was using the Syrian refugees only for the benefit of the Turkish president and the ruling party, shipping them to the electoral committees to cast their votes for the AKP under the threat of being deported, only to then be pushed towards Europe by opening the gates of hell. Erdogan and Turkish Interior Minister Suleyman Soylu claimed Turkey did not ask anyone to leave its territory to seek asylum, adding that those who departed did so voluntarily out of their own desire.