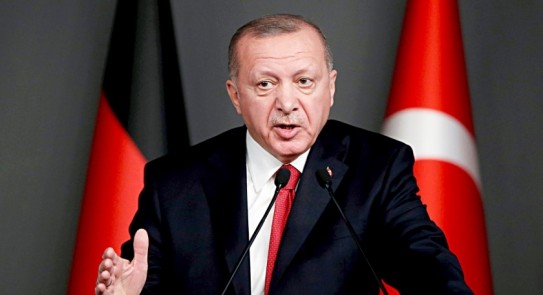 Turkey depends increasingly on research centers to infiltrate countries and practice influence on potential politicians and decision-makers in them.

It also depends on these research centers in mobilizing the public and encouraging it to adopt ideas that serve the Turkish agenda.

Pro-Turkey research centers around the world have been justifying the actions of Turkish President, Recep Tayyip Erdogan, ever since he took the decision to intervene in Libya.

One of the research centers doing this is SETA which is based in Tunisia. The center is especially focusing on memorandums of understanding signed by Turkey, on one hand, and the Tripoli-based Government of National Accord (GNA), which is mainly Muslim Brotherhood-affiliated, on the other.

The center defends a security cooperation package the two sides signed in November last year by saying it came as a result of the war over interests that has been engulfing Libya for a long time now.

It accused the Libyan National Army (LNA) of attacking Libyan capital Tripoli with backing from some regional powers.

The center describes Turkey, meanwhile, as a strong ally of the GNA. SETA also defends a maritime boundary delimitation memo between Turkey and the GNA, even as all countries have criticized the same memo because it only serves the interests of the Turkish state.

It portrays Turkey as a victim of a regional conspiracy led by the member states of the Eastern Mediterranean Gas Forum which is based in Cairo.

It praises Turkey for acting to defend its interests by signing the memos with the GNA. It said the maritime boundary delimitation deal would increase Turkey’s continental shelf by 30%.

The memo will also provide the necessary political and legal basis for Turkish policies in the Eastern Mediterranean in the future, SETA said.

SETA is one of 48 research centers defending the interests of Turkey around the world, according to a report by the University of Pennsylvania.