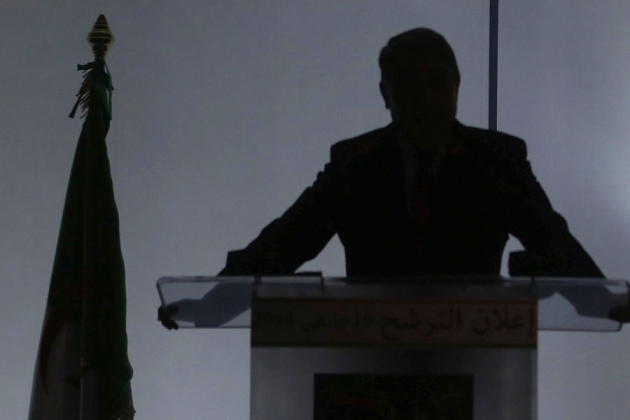 The Future of Islamist Parties in Algeria

On November 24, 2017, the Islamist movement in Algeria suffered a defeat in the country’s election, reflecting and demonstrating a sharp decline in the popularity of Islamism. The Islamist coalition – composed of three parties: Front for Justice and Development, Islamic Renaissance Movement (Ennahda), and National Construction Movement – only won eight municipalities out of a total of 1,541. The candidates of these parties did not win membership in any of the forty-eight provincial assemblies of Algeria.

By contrast, the two ruling parties – represented by the National Liberation Front (FLN) and the National Rally for Democracy (RND) (headed by current Prime Minister Ahmed Ouyahia) – were able to win most seats and municipal councils, with FLN winning 603 municipalities and RND winning 451 municipalities, as reported by Minister of the Interior and Local Governments, Noureddine Bedoui.

The poor showing of the Islamists is not only connected to last November’s elections but is also the latest episode in a sequence that began years ago. The results of the parliamentary elections of May 2017 were a major disappointment for the Islamist movement, with the Islamist parties combined only able to win forty-eight out of 462 seats, while the majority, as usual, gave the ruling parties a comfortable majority of about 261 seats.

Although some Islamist leaders – such as the Movement of Society Peace (MSP) head, Abdel Magid Menasra – have blamed their repeated failures on fraud and have questioned the fairness of the electoral process, other leaders within the same movement have now acknowledged fiasco, most notably former Ennahda leader, Dr. Fateh Rebiai. On his Facebook page, Dr. Rebiai advised Islamists, on the eve of the election results, saying, “I hope that Islamists remove the term ‘election fraud’ from the dictionary of their rhetoric and reflect carefully on the reasons for failure.” Dr. Rebiai explains that the Islamist movement must be characterized by political realism and must listen to “critical voices, not turning a deaf ear to them, as has often happened, which has led to mass resignations in silence.” He advised Islamist leaders of the need for a serious and sincere outlook on the causes of the setbacks.

There are several structural and intellectual reasons that have contributed to the weakening and decline of the Algerian branch of Islamism. Among them is the inability of this movement to expand within the popular classes because parties selectively recruit from among the educated milieu and, in particular, university students. Likewise, the culture of the inspired leader in this movement has prevented the emergence of new leaders within its circles, especially among young members, whose presence in leadership positions is still very modest.

Young people in particular, since they are more open and accepting of democratic practices, must be given space rather than be exploited as a mere fuel for electoral propaganda.

Another cause of Islamist setback is that religious and ideological rhetoric has dominated the movement’s political discourse, while it offers no practical solutions to the problems plaguing Algerian society. Furthermore, the Islamist coalition’s fragmentation in recent years has sent a negative message about its direction to Algerians. For example, MSP split into three parties, while Ennahda fragmented into several.

Although Islamists generally reject democratic practices for ideological considerations, regional and national circumstances and challenges require them to move beyond their authoritarian model toward secular parties governed by democratically elected institutions. The experience of Tunisia’s Ennahda is a role model, with the decision of its leader, Rached Ghannouchi, to separate its Islamic mission from political and party activity and to transition to a secular party. Ghannouchi’s decision was not a coincidence but was reached through intellectual and ideological accumulation spanning two decades.

In addition, there has been a trend within Islamists to renounce and distance themselves from politics. During recent years, the ultra-conservative Salafi movement has emerged powerfully in Algeria. This movement prohibits most of its sheikhs from participating in elections and deems contesting the ruler to be religiously impermissible. These Salafists justify their position by what happened in the Arab Spring countries, and place responsibility for the violence in these countries on the Muslim Brotherhood, accusing them of paying protestors to revolt and fight against the rulers. The Salafi stance has greatly impacted broad sectors of Algerians.

In order for Islamists to have more influence in Algeria, parties must shake off the grip of religious leaders and transform into political rather than religious institutions – and do so in more than just name only. To achieve this, decision-making authority in these parties must be made subject to elected institutions, not influenced by the dominance of the inspired leader or the founding sheikh.

There are other reasons contributing to the weakness of the Islamist movement. These include declining public confidence in the benefit of the electoral process because of repeated manipulation of results; bewildering election rules that are tailored to regime-aligned and loyalist parties; and dominance of political money and corrupt money in the political scene.

If political Islam does not re-examine current policies, its future in Algeria will be doomed to disappear. The severe attrition in the Islamist movement’s base has grown impatient with and lost confidence in the benefit of political action in its current form. As a result, a large proportion of Islamists have preferred to refrain from politics and not to participate in any elections. The silent boycotting majority now includes wide cross-sections of Islamists, young people, and those who have lost confidence in the political process – that is to say, the ruling party that wins every election. This is confirmed by the numbers in the last election, where the proportion of boycotters exceeded 55 percent.

Correspondingly, many of the supporters of Islamist parties have joined the ruling parties directly or have established new parties, such as the former MSP leader, Amar Ghoul, who split off from his party and founded a new party called Rally of Algerian Hope, which became a strong supporter of President Bouteflika.

Moreover, Islamist supporters reject any clash with the regime, and the declining popularity of these parties poses no consequences for the relationship of their members with jihadist organizations. The experience of the armed Islamist violence of the Islamic Salvation Front against Algerians during the 1990s and against Arab peoples now, such as in Egypt and Syria, only increases this conviction.

In order for Islamist movement to succeed, there must be a change in the structure and focus of political parties. The new, secular discourse must then be directed to addressing Algerians and convincing them that Islamist parties are putting forward solutions to the economic and societal problems that threaten Algeria’s security and stability. If Islamist parties do not initiate deep reconsideration of their policies and their immediate and strategic options, the latest election results will be the beginning of the end, as predicted by the former Minister of Health and current leader of the Algerian Popular Movement party, Amara Benyounes.