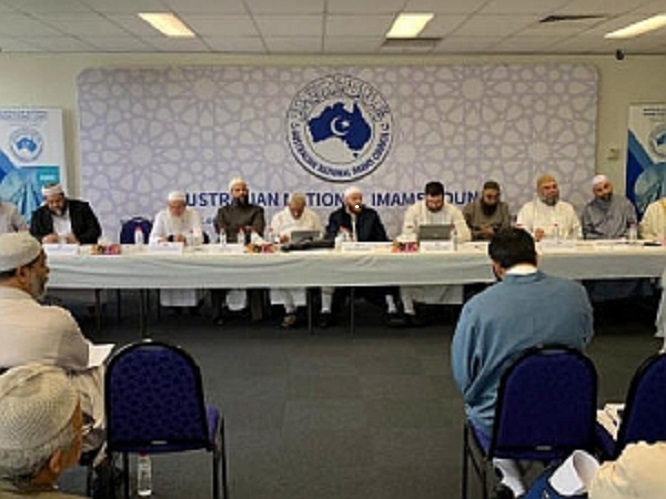 The 13th General assembly of ANIC affiliated to Muslim Brotherhood

The Australian National Imams Council (ANIC) held its 13th General assembly on Sunday 1 March 2020 in Sydney, at the Imams Office in Victoria – Malbour, chaired by Shadi Suleiman, President of the Australian Federal Imams, and member of Muslim Brotherhood.

The ANI is under the full control of the Muslim Brotherhood.

It established in 2006, has 250 imams and is responsible for disseminating fatwas. The council is under the management of the Brotherhood’s Grand Mufti, Ibrahim Abu Muhammad.

– Announcing the joining of a new member to the council, which is called Hala Amira, from the state of Victoria, where she is the first female member of the council.

– Announcing the establishment of the National Women’s Advisory Council under the management of the ANI, that will take care of Australian Muslim women.

The strategic objectives of the 13th General assembly:

Work to attract women as an essential component of social mobility.

Exploiting the weakness of institutions that support women’s issues.

To present women as a model concerned with Muslim issues in all its social groups.

Exploiting women as being responsible for upbringing and motherhood, through which a new generation of Brotherhood minds is brought up.

The ability of women to move and recruit easier than men, which enables them to communicate and spread Brotherhood ideology