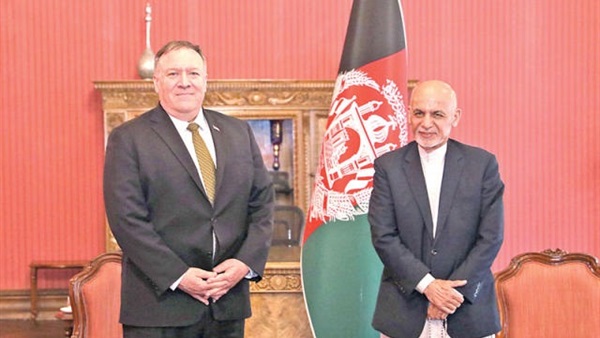 Taliban, Afghan government to meet under pressure from U.S.

Spokesman of the Political Office of the Taliban, Suhail Shaheen, has said that senior leaders of his movement will hold a meeting with officials from the Afghan government on March 25 via videoconference.

He said Qatar, the United States and the International Committee of the Red Cross would be represented in the meeting.

As a move, he wrote on Twitter, this would pave the way for the implementation of the truce signed by the Taliban and the United States earlier.

United States Secretary of State, Mike Pompeo, paid a secret visit to Afghanistan on the same day, during which he held a meeting with Afghan President, Ashraf Ghani, on means of easing the implementation of the truce.

On March 24, Pompeo said his country would be ready to reduce economic aid to Afghanistan by $1 billion.

He added that conflicts between Ghani and a former presidential candidate had opened the door for instability in Afghanistan.

He blamed this conflict for Washington’s decision to reduce economic aid to Afghanistan.

Pompeo even said that his country would reconsider all grants offered Afghanistan as well as agreements it signed previously with the country’s government.

Observers believe that the meeting declared by Shahin is a direct result of the aforementioned American threats.

The Afghan government, they said, is finally succumbing to American pressures for sitting with the Taliban and starting negotiations with it.

The United States wants to pull out of Afghanistan, but in the presence of a political cover, Ali Bakr, a researcher at Egyptian think tank Ahram Center for Political and Strategic Studies, told The Reference.