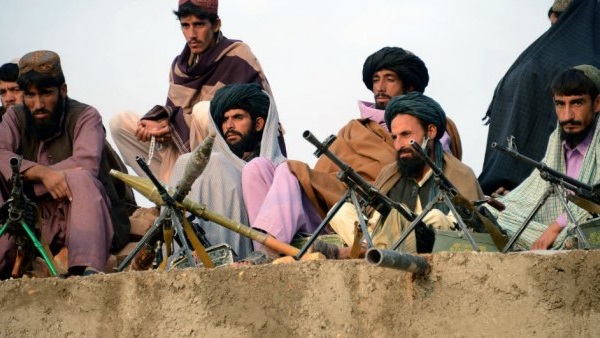 The situation in Afghanistan remains unstable and even motivated by the frightening forecasts from confusing data. Despite the Taliban’s pledge to fight all terrorist organizations that would threaten the integrity of the historic agreement concluded between it and Washington, and its commitment to impose control on all its ranks to implement the terms of the agreement, the Afghan government has promoted the existence of a major split in the movement, after which al-Qaeda is seeking to embrace the armed elements with the support of the Pakistani intelligence services.

In an official statement to Afghanistan’s TOLOnews, Abdul Satar Mirzakwal, governor of the eastern Kunar province, confirmed that concerned authorities possess strong security information indicating that the Pakistani intelligence services began preparing the al-Qaeda organization to attract disaffected Taliban elements to negotiate with Washington in order to support the other terrorist front in the country.

This statement bears a degree of complexity, as it is likely that it is merely a government move to escalate Kabul’s crisis with Pakistan, which it accuses of assisting terrorist groups. It also aims to create a real rift within the Taliban by spreading rumors to urge different branches of the movement to join al-Qaeda and leave the movement that negotiated with the “enemy”.

It is not excluded that these government statements are the result of real information and are not intended to raise the value ​​of the political gains the government is currently seeking in its idle negotiations with the movement, as some elements have already turned to al-Qaeda and left the Taliban because they cannot stop the violence even temporarily.

These indications come at a time when al-Qaeda took the initiative to congratulate the Taliban on its victory over the United States and forcing it to leave the country, in an implicit sign affirming that Washington is a common enemy and that al-Qaeda is trying to reassure the Taliban that their path is the same and that the terrorist organization will abide by the internal orders between them, as they used to without clear competition.

Accordingly, all possibilities remain regarding the relationship between the Taliban and al-Qaeda and whether it will turn into direct hostility, which is not what al-Qaeda seeks, especially in light of Ayman al-Zawahiri’s leadership, as well as the Taliban’s strength on the ground and its awareness of the cave and mountain paths, which threatens the stability of al-Qaeda’s leaders. If there is a rivalry between the leaders of the two groups, with one of them linked to the United States and the other hostile to it, then the confrontation on the ground appears somewhat settled.

As for the elements moving between the two parties, it is a natural among terrorist groups. In a previous statement to the Reference, Nurhan al-Sheikh, professor of political science at Cairo University, said that some extremist elements move between groups according to the strength the groups and their financial ability. She noted that the Taliban has many elements, most of them militants, who are unlikely to adhere for long to the ceasefire or the terms of the truce presented in the agreement. Therefore, they are likely to join any other terrorist stream, especially since the role of al-Qaeda in the region is far from over.