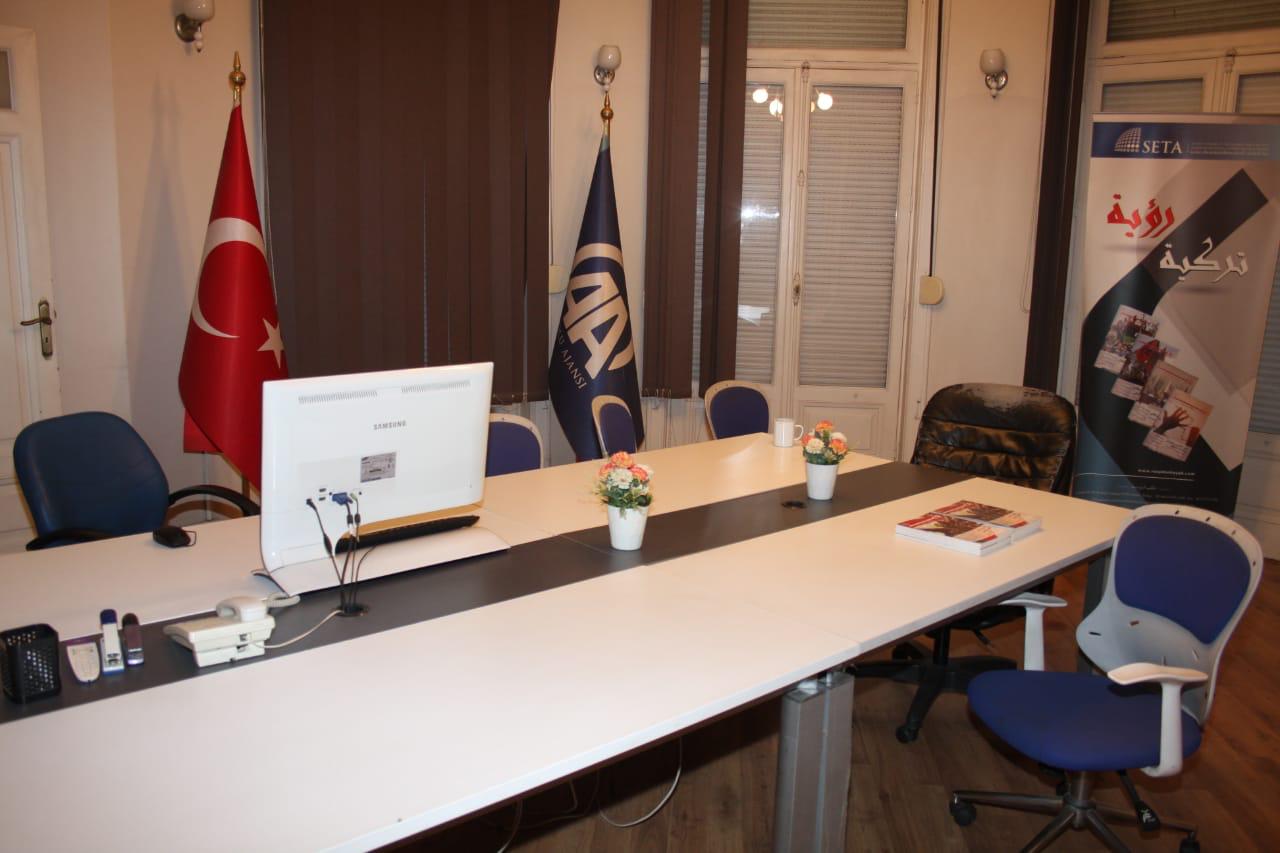 Libya is being subjected a diabolical plot by the evil Brotherhood axis of the Ennahda movement in Tunisia, Turkish President Recep Tayyip Erdogan, and the Tripoli-based Government of National Accord (GNA) led by Fayez al-Sarraj. The plot aims at transporting hundreds of fighters from Syrian armed factions to Libya via Tunisia in order to join the GNA’s militias and participate in the fighting against the Libyan National Army (LNA).

In January 2020, experts from the Ankara-based Foundation for Political, Economic and Social Research (SETA) supervised the training of 76 Tunisian engineers in the fields of chemical, biological, mechanical, electrical, communications and information technology. The training period lasted two months in the Turkish city of Eskişehir, and the first batch of them was sent to Tripoli at the beginning of March to participate in training and fighting activities against the LNA.

Ankara uses SETA to fund the training and sending of Tunisian engineers and technical experts to Libya, who are then contracted by official institutions in the Tripoli-based government.

The Reference interviewed Dr. Sameh al-Jarhi, assistant professor of Turkish studies in the Faculty of Economics and Political Science at Cairo University, regarding SETA’s role to support Sarraj’s GNA in Libya, in coordination with Tunisia’s Ennahda movement.

How do you see SETA’s role in achieving Turkish ambitions?

SETA is one of the most important centers of political Islamist currents in Turkey, and it is subject to direct supervision from the Turkish president and his political advisor, Yasin Aktay. It has branches in more than 140 countries worldwide.

The center issues the global and Arab strategic reports and reviews of Turkish affairs. During the Brotherhood’s rule in Egypt, SETA became very popular and opened a large branch in Cairo, which was recently closed for spreading false news.

How do you see Tunisian Brotherhood’s relationship with Turkey?

There is a strong relationship between the political Islamist currents, especially those affiliated with the Brotherhood in North Africa and Turkey. Therefore, we must be wary of the Brotherhood entities in Tunisia, Algeria, Mauritania and Libya. The Ennahda movement is one of the Brotherhood’s strongest arms in North Africa, and do not forget that it swept the parliamentary and presidential elections during the Tunisian revolution in 2011. The government is now formed by Rached Ghannouchi, the Brotherhood’s leader there. The Egyptian state must take caution, because these institutions have strong ties to Turkey and are thus a threat to Egyptian national security.

SETA is training Tunisian experts and engineers in order to send them to Libya to work against the LNA. The international community must therefore stand against this center, as this is not the first time that Erdogan has sent mercenaries to Libya from Ankara’s militias in Syria.

What is the impact of this on Europe?

What Tunisia’s Ennahda movement is doing to help send militias to Libya – in accordance with a prior agreement with the Turkish president – will affect Europe. When we talk about the sending of more than 4,000 mercenaries, a large number of them have fled to Europe. Italy also serves as Europe’s militia port, as it is located on the coast of the Mediterranean Sea. So it is easy to move those people to Europe in order to achieve the Brotherhood’s supreme goal, which is to fuel conflicts and gain positions of power in Europe.

How do you see the Turkish regime dealing with the refugee crisis?

The Turks are proficient in the art of exploitation, and there are many files they use to blackmail Europe – most importantly refugees. Turkey is working for its own interests and has mastered the art of deception. The Turkish regime is elusive and is able to take advantage of all the crises surrounding it.