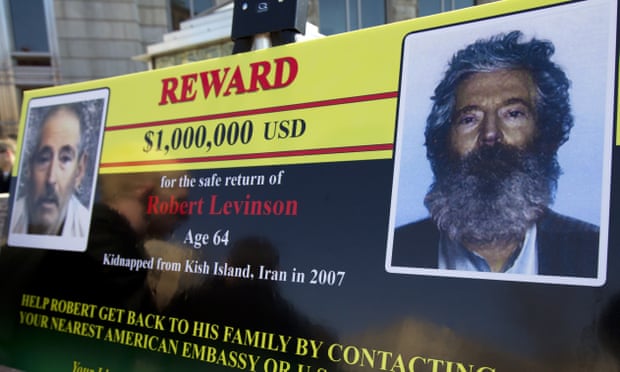 Robert Levinson, a former FBI agent who disappeared in Iran in 2007, died in Iranian custody, according to a statement from his family.

The statement said Levinson’s family received the news from US officials but did not know how or when he died, only that his death preceded the coronavirus outbreak that has ravaged Iran.

“It is impossible to describe our pain,” the statement said. “If not for the cruel, heartless actions of the Iranian regime, Robert Levinson would be alive and home with us today. It has been 13 years waiting for answers.”

The family added they did not know if or when his body would be returned.

“This is the very definition of cruelty,” the statement said.

Levinson disappeared 13 years ago on Iran’s Kish island. The US initially claimed he was there on his own initiative, but in 2013, the Associated Press revealed he had been sent on a mission there by CIA analysts who had no authority to run espionage operations. Levinson was a specialist on Russian organised crime and had not had much previous involvement in Iran.

Tehran denied knowledge of Levinson’s whereabouts until November last year when it acknowledged that there was an ongoing case involving him before its revolutionary court.

Levinson, who suffered from diabetes, was last seen in a hostage video sent anonymously to the family in 2010, and then in still photographs three years later in which he was wearing an orange jumpsuit, of the kind used in the US detention camp on Guantánamo Bay. The images did not make clear who was detaining him.

Levinson’s family thanked Donald Trump and his administration for doing all they could “to make our family whole again” but they blamed other, unnamed US officials for their lack of action.

“Those who are responsible for what happened to Bob Levinson, including those in the US government who for many years repeatedly left him behind, will ultimately receive justice for what they have done,” their statement said.

“We will spend the rest of our lives making sure of this, and the Iranian regime must know we will not be going away. We expect American officials, as well as officials around the world, to continue to press Iran to seek Bob’s return, and to ensure those Iranian officials involved are held accountable.”