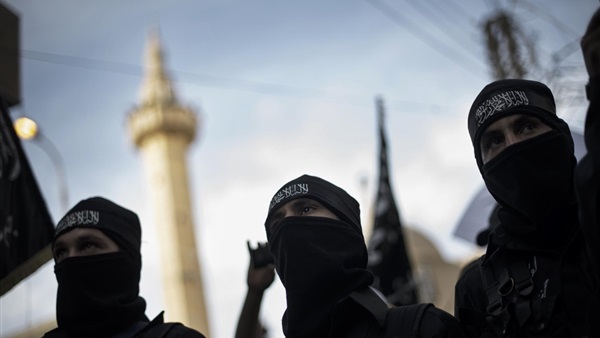 The method of recruitment differs from one organization to another. ISIS developed tools that al-Qaeda used to recruit its elements, relying more on social media to target European countries and elements in Western prisons, which are suitable incubators for manifesting violence and extremism.

In Egypt, the Brotherhood adopted traditional methods by having a presence in Egyptian villages and relying mainly on the religious dimension. Recruitment therefore takes place either by manipulating people’s instinctive faith and raising the religious sense among large sectors of the population or by exploiting the network of social and familial relationships to expand their circle.

Al-Qaeda has adopted traditional methods of recruiting elements. A booklet on how to recruit individuals to the terrorist organization by a former al-Qaeda leader discussed the necessity of commitment and following gradual stages so as to prevent the organization from being infiltrated. The initial stage involves “observation and sorting”, in which the recruit is interviewed on the required specifications and limitations. This is followed by the “investigation and information gathering” stage to gain knowledge of the recruit’s past and points that could affect his future, in addition to knowing his political and ideological convictions.

After completing the previous two stages and the recruitment of individuals comes the stage of “establishing relationships”, as the organization must consolidate the relationship in order to ensure continuity of its internal work. It does this by forming social relationships to link the individual socially through marriage, in addition to forming intellectual relationships to unify the vision and work style.

The last stage is that of “preparation”, whereby a member is indoctrinated with the organization’s “legal and political matters”, in addition to security and military training to participate in military operations.

As for the Brotherhood, it has adopted a general approach to recruitment since its inception, as its founder, Hassan al-Banna, set out to form a group seeking mainly to master the world. The group’s approach to recruitment remained constant, although subject to some adjustments to suit every situation the group goes through. Its approach includes how to make membership and the means of qualifying those who wish to join its ranks, in addition to providing educational incubators, fusing individuals with the group’s ideas and visions, and putting them in a state of complete readiness to hear and obey, implement the organization’s interests without hesitation and possess full confidence in the group’s leadership.

Focus on the religious dimension

The Brotherhood’s methods of recruitment are based on the religious dimension, playing on people’s religious sentiments and stimulating a religious sense by exploiting the network of social and familial relationships to expand their circle of sympathizers. Then, those who wish can later join the group. Its internal educational curricula are based on the books of the group’s early theorists, especially Banna and Sayyid Qutb.

During recruitment, al-Qaeda also classified members into three types: public, secret, and leader. The public individual is visible and known to people, and he is not curious and does not ask much about what does not concern him. This type of individual does not keep the names, addresses or telephone numbers of those he knows.

As for the secret individual, he will have special characteristics, because he must not appear Islamic and there must be a previous cover for his presence anywhere. In addition, this type of individual cannot issue speeches or have behaviors that point to the organization, and he must avoid frequenting famous Islamic places or carrying documents identifying him.

The last type, the leader, has a special importance, whether in public or secret work, because of the large amount of information in his possession. This causes the need for intensive protection and personal security to be placed on him, as he cannot be replaced easily. If a leader is lost, an organization could need decades to replace him with a new leader possessing the expertise and experience of his predecessor.

As for ISIS, the terrorist organization has significantly developed individuals within its organizational structure, as it worked to develop “lone wolves” and to develop al-Qaeda’s previous experiences as much as possible in order to target European countries.

It was not the first to use this strategy, as the Afghan Taliban movement used it against the Soviet Union in the 1990s. But ISIS worked extensively to train its elements and develop possible tools through training courses it published on social media sites such as Telegram. ISIS has adopted the lone wolf strategy to carry out operations in areas outside its control and to export its attacks around the world.