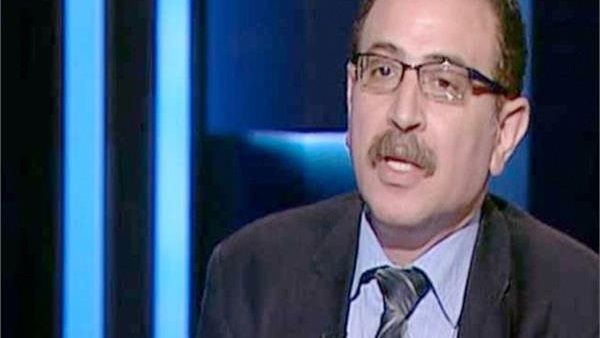 The US-Iranian conflict has led to Iraq being transformed into battlefield between the two parties, with the American presence that remained after the 2003 invasion and the ensuing Iranian infiltration into the joints of the Iraqi state to the extent that the mullah regime completely controls the Iraqi government.

The Reference interviewed Dr. Tarek Fahmy, a professor of political science at Cairo University who specializes in international relations, about the recent US strikes against Iraq’s Iranian-backed Kata’ib Hezbollah militia, his view of the US-Iranian conflict in Iraq, and the prospects for the political situation there. The edited, translated interview follows.

What is the significance of the US bombing?

The bombing of five weapons depots belonging to the Kata’ib Hezbollah militia in Iraq came in response to the missile attack that targeted the Camp Taji military base and resulted in the killing of American and British soldiers. The United States is therefore launching defensive strikes against Kata’ib Hezbollah, which it describes as an appropriate and direct response to the threat posed by Shiite militias.

I think this is a preliminary blow, because the militia has targeted the Taji base more than once, but this latest time may have moved this matter forward, especially since US President Donald Trump is in the campaign period and therefore does not want to say that he is losing ground in Iraq following the attack, especially since the battle against ISIS still continues.

What do you think of the US-Iranian conflict inside Iraq?

Of course it will evolve; there is a lot of action and reaction. I believe Washington wants to convey a message to Iran that it is able to confront it. In my estimation, there will be multiple confrontations in the coming period; not just in Iraq, but also perhaps in Syria.

I suspect that the US president may expand the circle of activity against Iran in the coming weeks by targeting it in Iraq and Syria, as well as in some areas of the Gulf, if the matter deteriorates and Iran responds. But the two parties have so far adhered to the lines that have been drawn to calm the situation.

Do you expect Washington to target Iran’s arms in other Arab countries?

In my estimation, the US administration will not expand more than Iraq and Syria, nor will it target Iran’s other arms, whether Hezbollah in Lebanon or even the Houthis in Yemen. Focusing on the Iraqi situation comes with policies of reaction and confrontation, but US strategic military assessments make it unlikely to expand to counter other Iranian arms in the region. I do not think that the United States will venture elsewhere due to strategic military considerations and restrictions at this time.

Do you think the popular movement in Iraq is capable of facing US and Iranian influences?

Certainly, the popular movement in Iraq is capable of facing the American and Iranian influences, but it needs significant momentum and action. The issue is not forming a government or restoring political stability, and it will of course take some time. There is a state of alert among many sectors of public opinion, and Iraq is a big and important country in the region and must be seen from this perspective.

I suspect that the people are now free from Iranian restrictions and blatant interference in Iraq’s internal affairs, but this matter needs to be reviewed, especially the instability is linked to corruption. The state of instability, the issues of corruption, and a hierarchy of elite could ensure that the people move to act.

Perhaps this is an important message in the face of the influence of the US, Iran and regional powers that lie in wait for Iraq, wanting to define its path and obstruct its course of movement towards a real political experiment as it seeks to jump over the obstacles of failure in the past period, which included the issue of quotas and the conflicts between Iraq’s internal components, namely the Shiites, Sunnis and Kurds.

What do you think of the current political situation in Iraq?

No one can confirm that the political situation in Iraq will settle easily. The issue is not over who will be victorious, but rather the continuation of the Iraqi scene as it is will lead to repercussions and successive crises, because the American side does not want to leave the country for political and strategic considerations. Part of this is linked to conditions inside the United States and the upcoming elections, and another part is linked to the Gulf, where priorities and military deployment are rearranged in the usual American spheres of influence, especially with the worrisome Russian moves in the region.

In my estimation, Iran will not surrender easily. Tehran is facing problems and wants to expand in the region, but its proxies can no longer exert influence. The attack on Camp Taji was seen as targeting the full American presence, which has been alluded to by US CENTCOM commander General Kenneth McKenzie, the US president and the State Department.

In the end, the political situation in Iraq will not be stabilized easily, as it needs controls and mechanisms of action and Iraqi public opinion must decide the national components in the first place. I also believe that the regional dimension have repercussions and are not limited to Iran only. There is also concern with the Turkish side and other regional ambitions in Iraqi affairs.

Do you support the view that the United States had a role in the spread of the corona virus?

Thinking that there is an American role in the spread of the corona virus inside Iran is possible, as was said about China, especially as there are those who follow the political conspiracy theories. The United States recently offered to intervene, but the Iranians responded by saying they have the best doctors in the world and will treat the pandemic internally.

The issue boils down to Iran’s view of the United States. It rejects any areas of convergence at the moment. The issue is not confronting the virus, but finding direct and indirect channels of communication. The American president continued to beg for dialogue with Iran, conduct informal dialogues, and offered to negotiate without conditions, but the Iranians refused this.

There are real problems related to Iran’s militant camps, including the radicals and extremists, and a large sector of ​​them totally refuses to make any concessions at this time. I suspect that the United States will not succeed under the Trump administration in conducting negotiations or meetings, as it is currently unlikely.