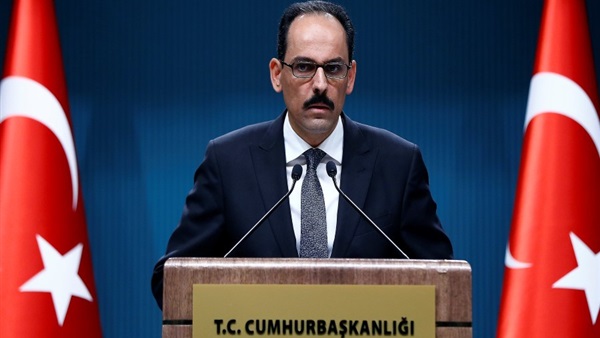 Turkey’s relationship with terrorist groups around the world, and in Libya in particular, is unceasing. Its terrorism-supporting arms use all methods of camouflage to infiltrate and deceive societies – sometimes in the name of humanitarian action and tolerance, and sometimes in the name of research and studies. The Turkish Foundation for Political, Economic and Social Research (SETA) stands at the forefront of Turkish entities playing a prominent role in this regard, whether in Europe or the Middle East.

SETA founding director Ibrahim Kalin, a senior advisor to Turkish President Recep Tayyip Erdogan, has been entrusted with many suspicious tasks in both Europe and the Middle East, and he was appointed to be the presidential spokesman, providing him the flexibility to move about on all fronts.

Kalin and al-Qaeda in Libya

In January 2020, the Swedish website Nordic Monitor revealed a scandal involving Kalin and his relations with terrorist groups in Libya. The site published leaked intelligence documents confirming the existence of old communications between Erdogan and al-Qaeda leaders in Libya through Kalin dating back to 2012.

According to the documents, Erdogan used to transfer terrorist elements from Libya to Syria, with coordination between Kalin and Abdaladim Ali Mossa Ben Ali, leader of the Ben Ali group, terrorist organization in Libya loyal to al-Qaeda.

Ben Ali worked closely with Fedaa Majzoub, a member of the Syrian National Council, who had direct contact with Kalin, as well as Sefer Turan, a senior presidential advisor to Erdogan. They coordinated the transfer of foreign militants and weapons to Libya.

The documents indicated that the mission of the Ben Ali group was to receive foreign militants from Libya, transport them to Turkey’s southern Hatay region on the border with Syria, and communicate with their families if necessary.

The Turkish regime continues to use Kalin to communicate with Libyan militants in his capacity as the official spokesman for the presidency. Despite the Turkish regime’s attempts to hide these communications, events continue to reveal what they want to hide. Less than two months after the scandal was exposed, journalists Barış Terkoğlu and Hülya Kılınç published news of the killing of a Turkish intelligence officer in Libya, which greatly embarrassed the Turkish regime and led to the arrest of the journalists on charges of publishing information about a member of Turkey’s intelligence community.

Meanwhile, Kalin has been presenting himself to Europe under the guise of tolerance and bringing religions closer together in his capacity as an assistant professor at Georgetown University, a private Catholic university based in Washington, DC with well-known ties to Qatar.

In 2007, Kalin embraced “A Common Word between Us and You”, a document calling for rapprochement between religions, which was able to obtain the approval and signatures of a large number of famous preachers of tolerance in Europe and the Muslim world. The document included the signature of 138 Muslim scholars from different countries, while another document in response was signed by 128 Christian scholars.

In April 2019, German newspaper Der Tagesspiegel reported that Turkey was trying to expand its influence in Germany through SETA, which opened a small office in Berlin two years ago.

According to the report, SETA, which was founded by Kalin, seeks to build a great deal of influence on Turkish and Muslim public opinion in Germany regarding political issues raised by Ankara, including the Libyan and Syrian crises.