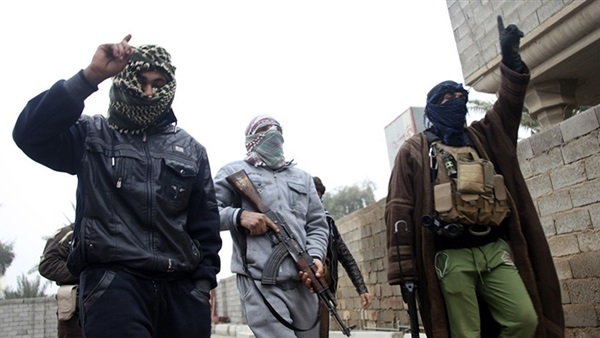 Former Iraqi Prime Minister Haider al-Abadi announced in October 2017 the defeat of ISIS in Iraq, the liberation of lands from ISIS control, and the pursuit of the group’s remaining elements against the backdrop of the campaign launched by Iraqi forces, backed by the international coalition forces, to combat terrorism in Iraq. However, there is a growing expectation recently that the organization has resumed its activity, especially after the outbreak of the Iraqi uprising in October 2019, as well as the inability of political forces to achieve the people’s economic and social demands or to end the deep-rooted state of sectarianism that contributes to deepening the divide between the various components of society, as the Iraqi government has become a major tool to support Iranian influence in Iraq since the fall of Saddam Hussein’s regime after the US invasion. Additionally, the outbreak of confrontations between the United States and Iran in Iraq following the killing of Quds Force commander Qassem Soleimani on January 3 has worsened the situation in the country. These factors have formed a fertile environment for the possible return of the terrorist organization to the Iraqi scene after a temporary period of latency.

There are various indications that reflect the trend of ISIS seeking to restore its activity in Iraq.

1- Scattered operations: ISIS’s scattered operations recently reflect the organization’s effort to return to the Iraqi scene. Most prominent were those operations carried out during the Iraqi demonstrations that erupted in a number of Iraqi squares and streets to demand the overthrow of the current political elite. In early February, the organization launched two attacks in the provinces of Diyala and Salahuddin, killing four members of the Iranian-backed Popular Mobilization Forces (PMF).

2- Sub-organizations following in ISIS’s footsteps: Since the defeat of ISIS and the announcement of the end of its alleged caliphate in Iraq and Syria, the organization’s militants began forming small sub-organizations in the regions where they remained. For example, the White Flags group appeared in Iraq in September 2017. Brigadier General Yahya Rasul, spokesman for the Joint Operations Command in Iraq, stated in February 2018 that the White Flags is mainly made up of ISIS elements who fled battles launched by the Iraqi army. The group cuts off roads and smuggles weapons and oil.

3- International warnings against ISIS’s return: US Major General Alexus Grynkewich, deputy commander of the international coalition fighting ISIS in Iraq and Syria, warned at the end of January of the possibility of ISIS returning, despite having been weakened, if US forces withdrew from Iraq. In the same context, UN Undersecretary for Counter-Terrorism Vladimir Voronkov announced in early February that ISIS currently has between 20,000 and 27,000 foreign fighters in Syria and Iraq, and they represent a threat.

4- Expectations of new terrorist operations: The Washington Post warned at the end of December 2019 that ISIS is seeking to reassert its presence in the areas it lost in Syria and Iraq. The newspaper quoted US and Kurdish officials as saying that hundreds and possibly thousands of ISIS operatives made their way to area with low population density, extending along the disputed borders between the Kurdistan Region and Iraq, where there is the largest number of ISIS fighters gathered since they lost control of their last strongholds in Iraq.

According to observers, there are various factors that make the environment suitable for the organization to possibly regain strength in Iraq.

2- Sectarianism and Iranian penetration: Deep-rooted sectarianism is one of the main sources of the political and security instability in Iraq. This sectarianism is employed by Iran, which seeks to install the pillars of its project in the countries of the region by exporting its revolution as an international Islamist model led by Iran’s Supreme Leader, as well as to attract non-Iranian Shiites. This has happened in Syria, Iraq, Lebanon and Yemen, in what has become known as the Shiite Crescent. This is the most important variable responsible for the state of chaos in Iraq, as the recruitment of terrorist organizations has contributed to the power struggles and the domination of the political decisions in Iraq. At the forefront of these organizations is the mainly Shiite PMF.

3- International and regional conflict in Iraq: The killing of Qassem Soleimani in a US operation represented the embodiment of the international and regional conflict in Iraq, especially since the operation came in the context of the conflict between the United States and Iran. On January 5, the Iraqi parliament requested the Iraqi government cancel the request for assistance submitted to it by the international coalition fighting ISIS due to the end of military operations in Iraq. The parliament also asked the Iraqi government to work to end the presence of any foreign forces on Iraqi territory and to prohibit them from using Iraqi land, water and air for any reason. In contrast to the previous perception supported by Iran, there is a different view that the American withdrawal may contribute to aggravating security and help ISIS return. Former Iraqi Prime Minister Iyad Allawi, head of the Iraqi National Accord party, warned on January 15 against a repeat of the Syrian scenario in Iraq in the event of the withdrawal of foreign forces assisting Iraqi forces confront ISIS.

The bottom line is that the political and security instability in Iraq, the chaos of the regional and international competition between Iran and the United States, and the continuation of popular demonstrations after Mohammed Allawi failed to form a new government will all be catalysts for the possible return of ISIS to the Iraqi scene. This will in turn affect the future of nascent democracy and the peaceful transfer of power in the country.