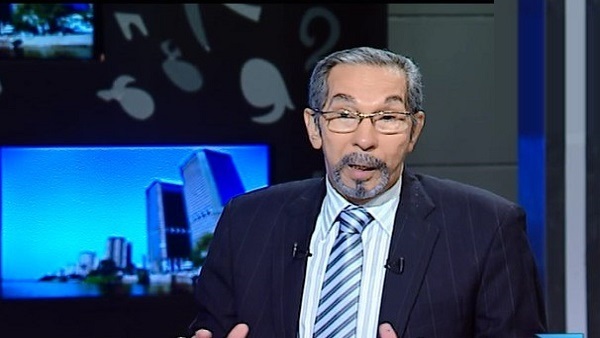 Expert says Greece will not open its borders, Erdogan deceived the refugees (Interview)

Turkish President Recep Tayyip Erdogan ignited a fire by opening his country’s borders for Syrian refugees to head towards Greece in an attempt to pressure Europe in order to obtain more financial and political support for his military operation in Idlib, Syria.

The Reference discussed the European Union’s position on Erdogan’s actions with Dr. Bashir Abdel Fattah, a Turkish affairs specialist at the Al-Ahram Center for Political and Strategic Studies, who stressed that Greece will not open its borders to refugees from Turkey because the Europeans have economic, security, social and health concerns that make this impossible.

Do you see the large number of refugees on the border as putting pressure on Greece?

Certainly not, because Greece will never open its borders, just as the European Union issued a statement calling on refugees not to respond to the Turkish authorities, assuring them that the borders will not open. This led to the refugees becoming angry, as they believe Turkey deceived them after they were transported by bus and assured the borders with Greece are open, but then they were shocked by the reaction in Athens. So the European Union was keen to send a message to the refugees that the Turkish president used them only as pressure.

What are your expectations regarding the European Union’s position in the coming days?

The European Union holds Turkey responsible for this situation, because there was an agreement signed in March 2016 obliging Ankara not to send refugees to Europe in exchange for annual support of $6 billion. Ankara violated this agreement and therefore bears responsibility for that.

How do you see the situation at the border now?

Opening the borders is unlikely, because the Europeans have economic, security and social concerns, in addition to deeper fears of the deadly Corona virus. This number of refugees entering would compound the crises in Europe.

How would you describe the state of tension and attraction between Turkey and the EU?

I am sure that the European Union will not respond to Erdogan’s pressure, so the Turkish president began to back down and announced his adherence to the 2016 agreement, although calling for some amendments to it and extorting Europe to obtain $8 billion in financial support instead of $6 billion. It is certain is that Erdogan does not have the audacity to exit from this agreement, as he does not want to lose the Europeans. He knows very well that the excess pressure on Europe is not in his favor, as he does not want to lose them during the coming period, so it is expected that both sides will take a step back.

Will the EU support Erdogan in Idlib?

There are just three dominant parties regarding the issue of Idlib: Russia, Turkey and Syria. As for the European Union, it has no part in it. Rather, it is content to provide financial support to Turkey if the refugees go to Idlib. The EU’s position on Idlib is only political and financial.

What about the Erdogan-Putin ceasefire agreement in Idlib?

Erdogan needs a ceasefire in Idlib, because he does not want to get involved in a war with the Syrian army and Russia. I believe that the Syrian army will recover the remaining lands in Idlib, which puts Turkey in a critical position, making Erdogan breach the agreement.

How do you see the domestic situation in Turkey after parliamentary debates over sending soldiers to Syria?

The opposition does not have a majority in the parliament, and its political influence is limited. However, it creates a kind of inconvenience and puts pressure on the Turkish president, causing him to search for any way to mute this opposition, especially since there are soldiers being killed in Idlib and Libya.